Volunteer Mentor
Yamato Pilot
VCAT Team Member
Toulan Historian
Heya,
Im a just going to continue that list.
I have extended it a bit, due to new VUs, and spiced up a bit the Karmoosh part, and will try to figure out harder goals for each completed ones.
No time limit this time, since i was happy with my skill gain logs, so i wont track this now.
I also dont track my TT in/out/MU since im terrible at this, and usually work from the Total TT from EU website when i make a point.
I am basically still playing the same gear, not planning any change on that, unless Toulan release some ULs that matches my skills and goals ; and given that i could get one : so ill just put the tiering to 10 as a goal, and update where im at, etc etc..

I will just update as i go.

Volunteer Mentor
Yamato Pilot
VCAT Team Member
Toulan Historian
Overall 2022 was a pretty filmsy year in Entropia for me, why there has been no update.
Mostly having played the CUHOF armor VU for about a month and Toulan Citizenship, though still due to do the Queen's recognition post-quest.
Very busy IRL so I have very little time for the game, and next year will be very likely similar

Overall, Both Commando and Force Merge were unlocked this week during my break - This may have been the most relevant milestones this year - And my hunting goals achieved.
@Miles Stardust Commando through Swords was achieved!

The gear tiering has been put on on stop, due to Tier components finding a better place on auction - I am only using and tiering my S.4 rifle now that i am again done with my hunting goals.

Both Baraka Adjusted and CUHOF plating quest were abandonned - The chase is too complicated for what it currently is - though i will keep an eye out for items for sale.

Focus on 2023 onwards will be towards more codex while happily tiering my S.4 rifle - As well as working in Space.

Volunteer Mentor
Yamato Pilot
VCAT Team Member
Toulan Historian
My dear little rifle has reach Tier 6 today, and apparently was the first.
Again, i bought this "thing" years ago, at about Lv20, and kept it with me all this time to stick and keep skilling plasma.
So this means a lot to me 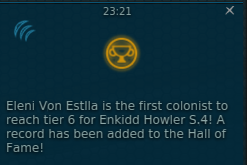 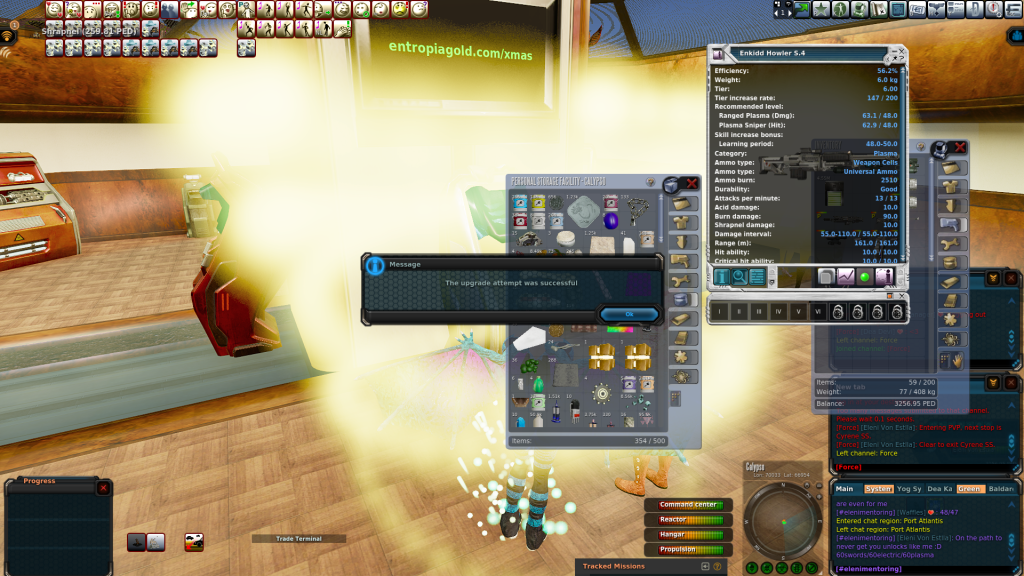 Staff member
Moderator
Community & Media Manager
Virtualsense Media Team
VCAT Team Member
Gratz Eleni, I saw that in the game, but didn't reach out because there was a lot going on ... I'll catch up with you soon.