Staff member
Moderator
Community & Media Manager
Virtualsense Media Team
VCAT Team Member
Thought I would share some photos I took during day 1 of our St Patrick's Day event ... there was total chaos at DSEC Forensics and I only caught a portion of what was going on ... big (shared loot) mob spawning was going on for hours prior to the SPD Parade that marched parade participants to even more death encounters for hours ... Big Bulk (various levels, and there was a 5003 ped HoF on a Big Bulk Gen 10), Big Bulk Bertha at Level 397, all of the Monria boss mobs (Shoggoth, Level 15 - Yog, Level 71 - Cultist, Level 86 - Shub, Level 182), Troopers, and of course our beloved Dunwich Horror at Level 274.

You will see several photos where Dunwich set everyone on fire, and it seemed that at the Yogs Burrow where the parade ended and participants met more death encounters, they were using me as a shield again Dunwich, LOL ... and I think Dunwich was getting angry ... all I did was stand there and I think the bullets directed his movement ... I caught on to that later ... I thought he just liked visiting me.

And of course, there is a series of photos that depict the SPD Hall of Death Fame at DSEC Forensics ... a piece of advice? ...
don't have anything equipped when you die.

At least when Sith dies he globals.

Happy Paddy's event from the team 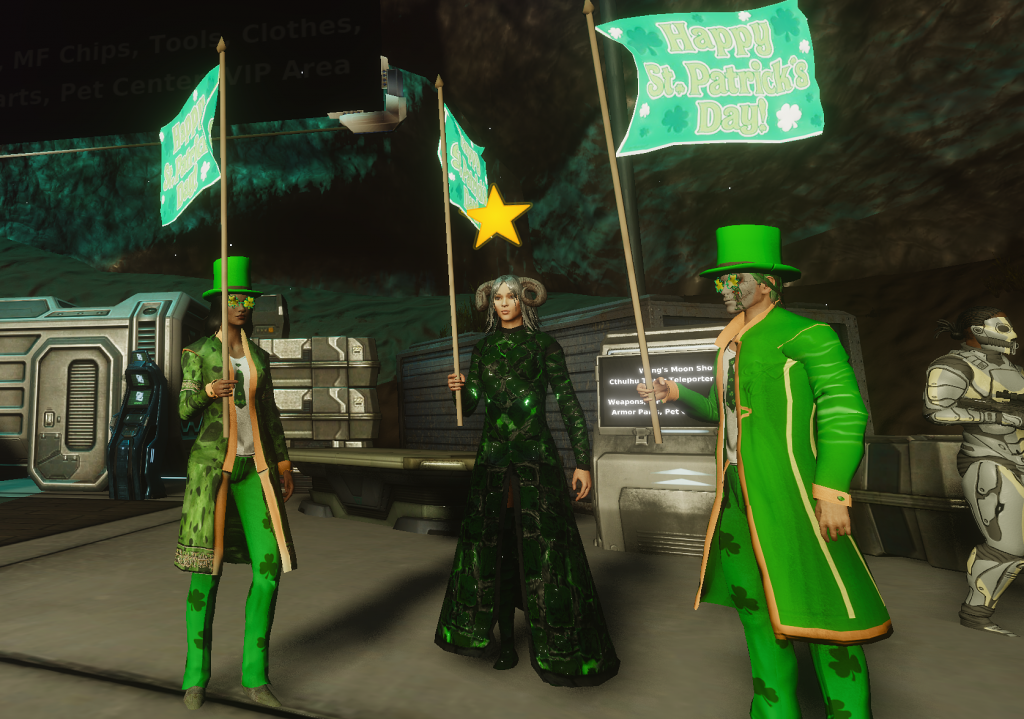 DME with her bestie 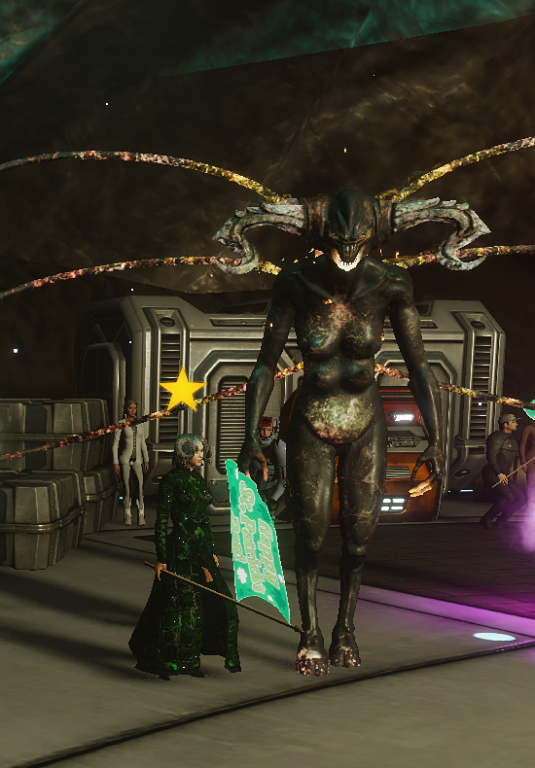 I Don't think he was too friendly with everyone else 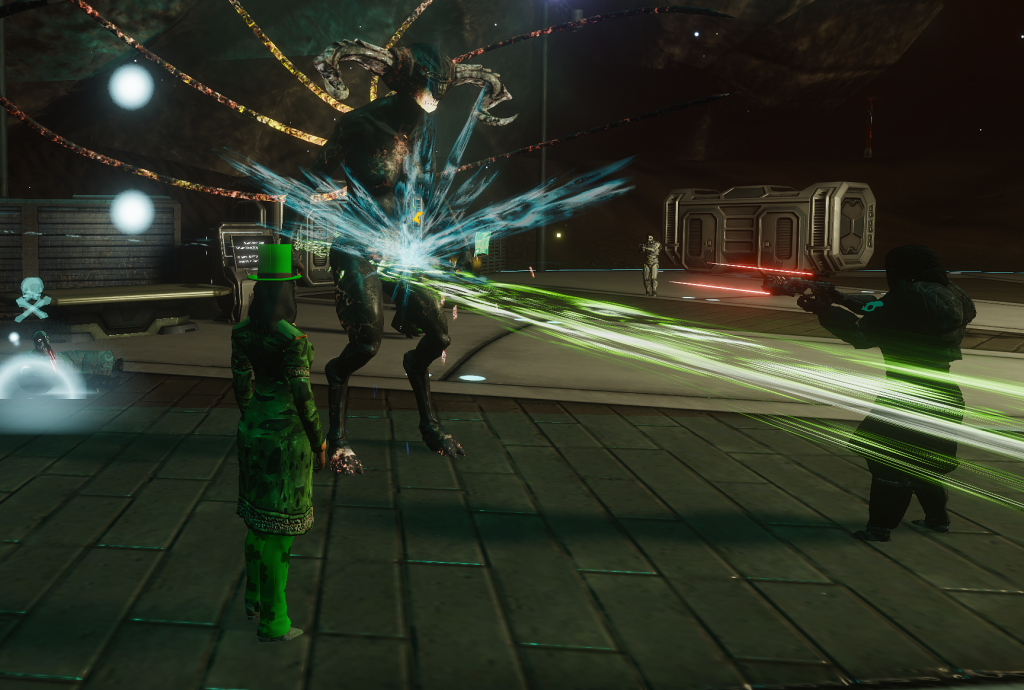 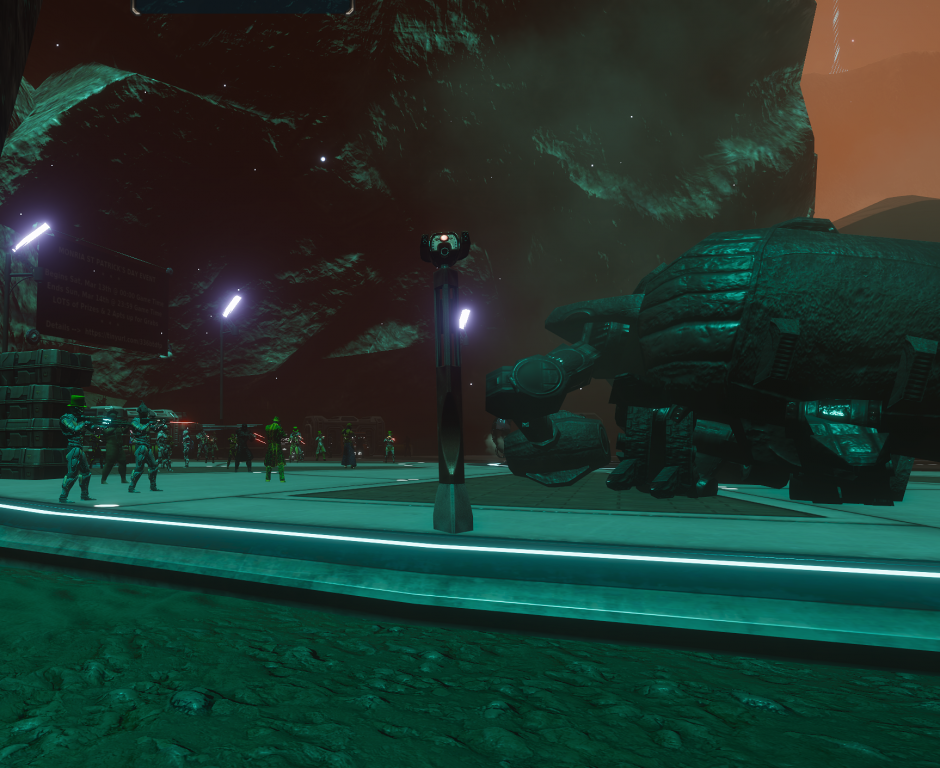 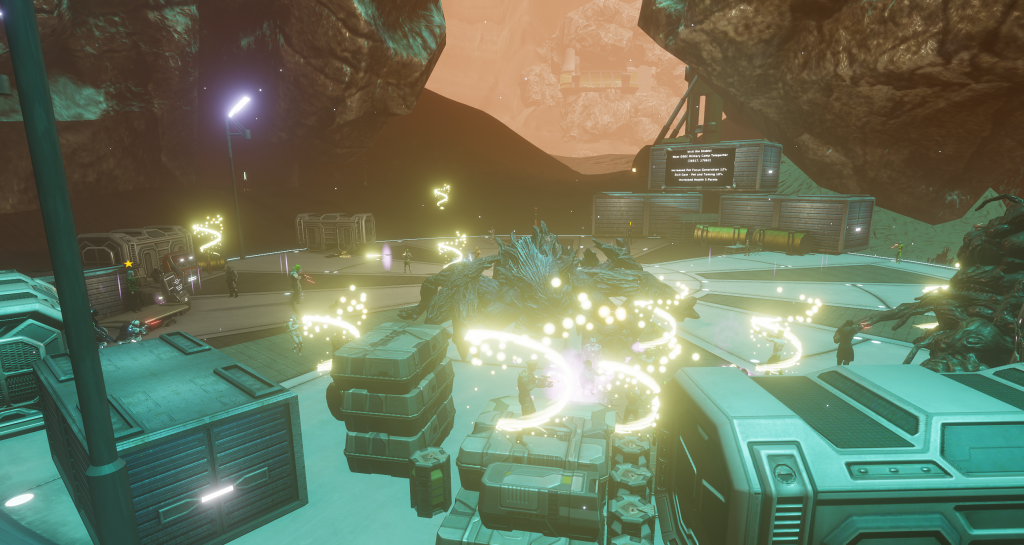 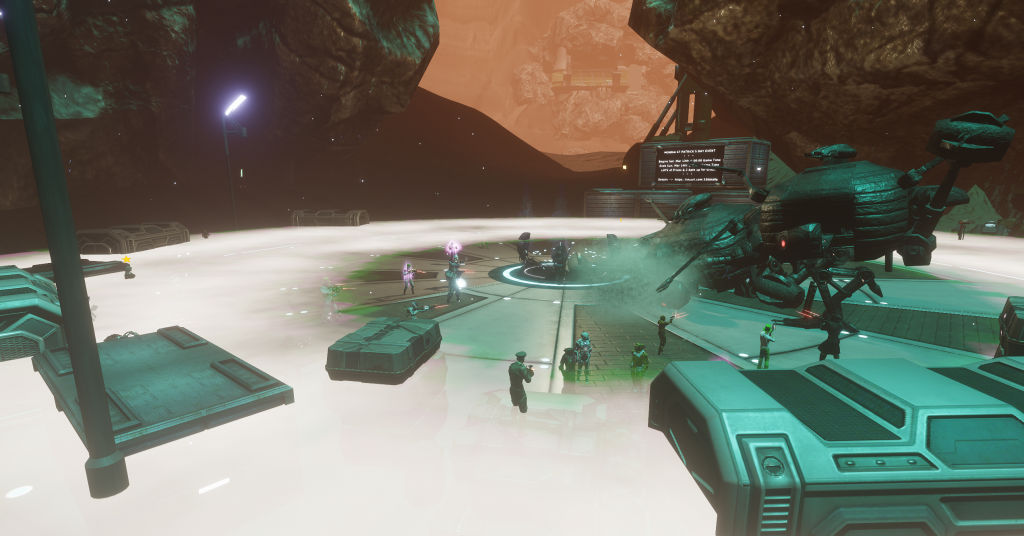 The dead piled up 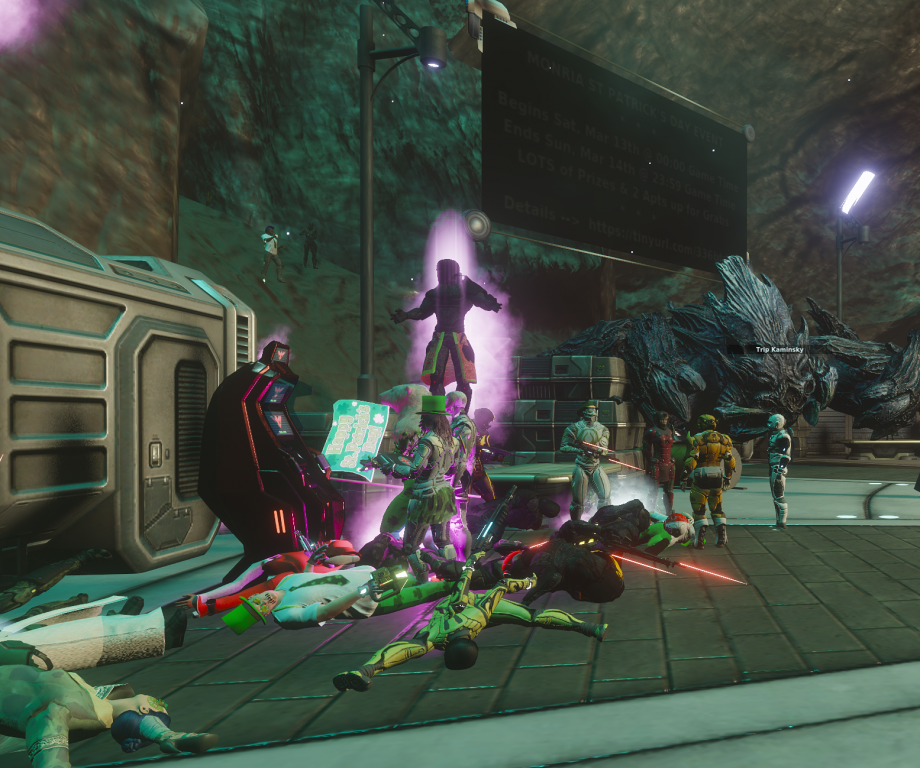 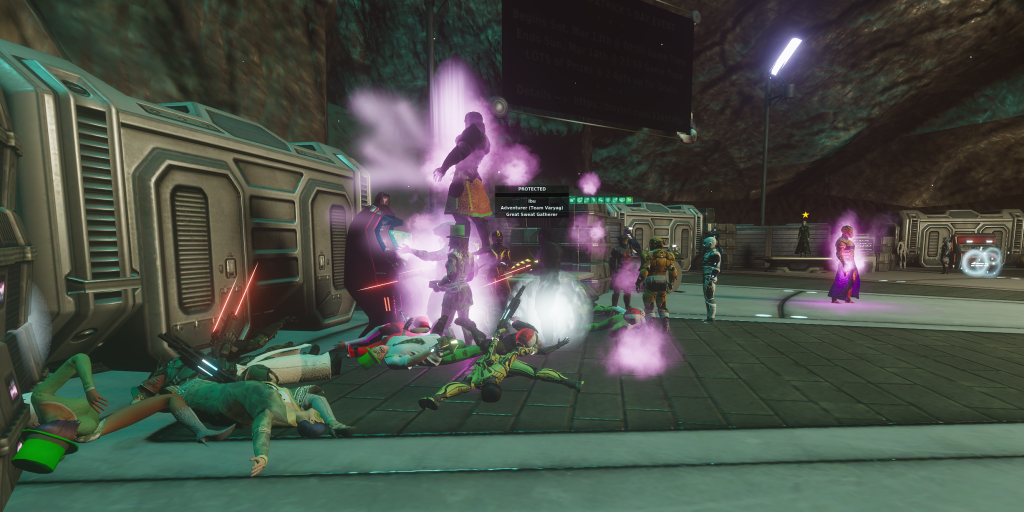 But We kept on Fighting 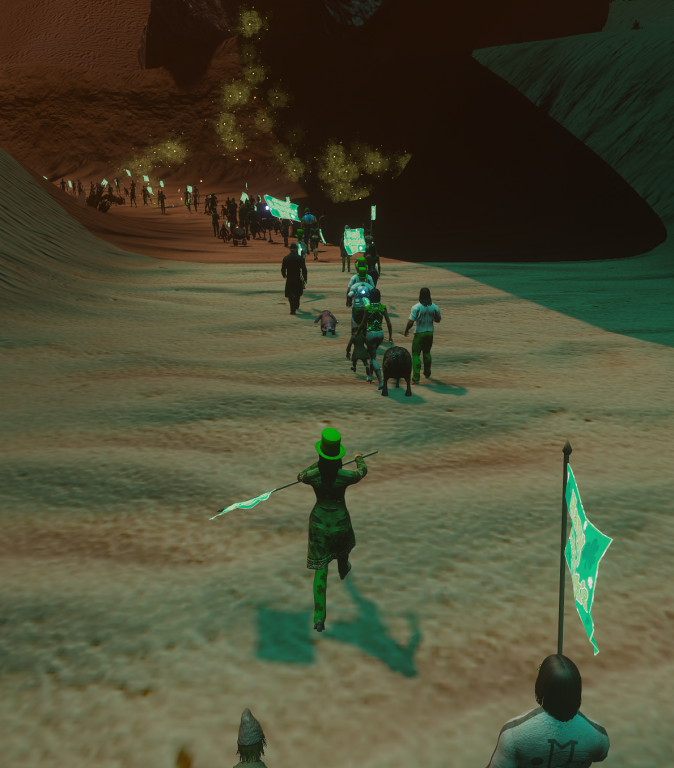 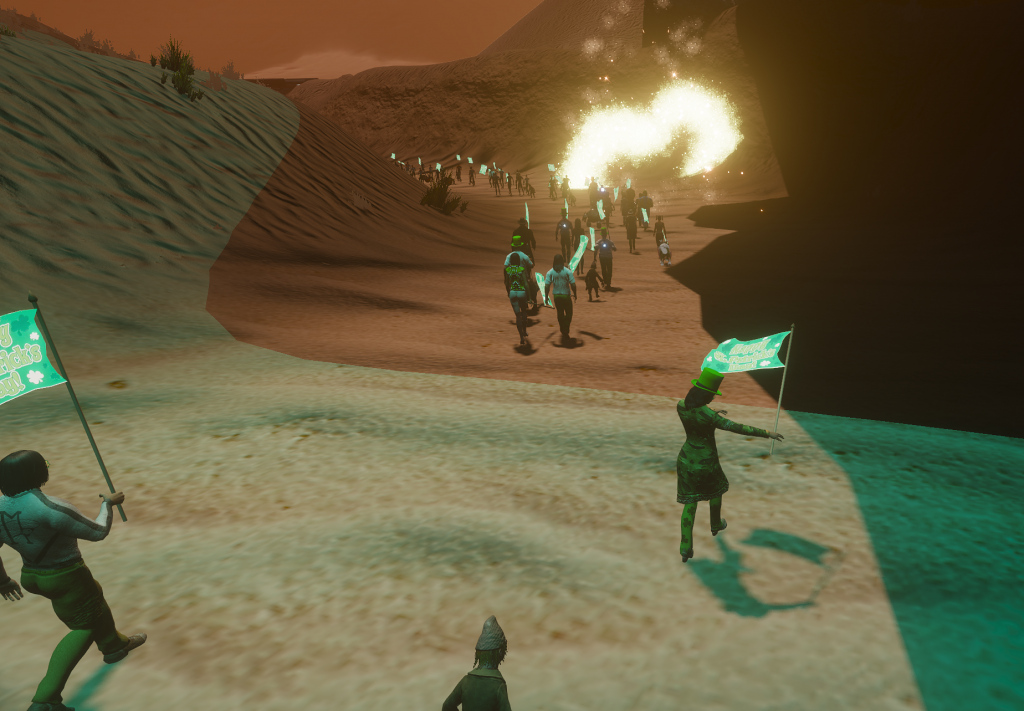 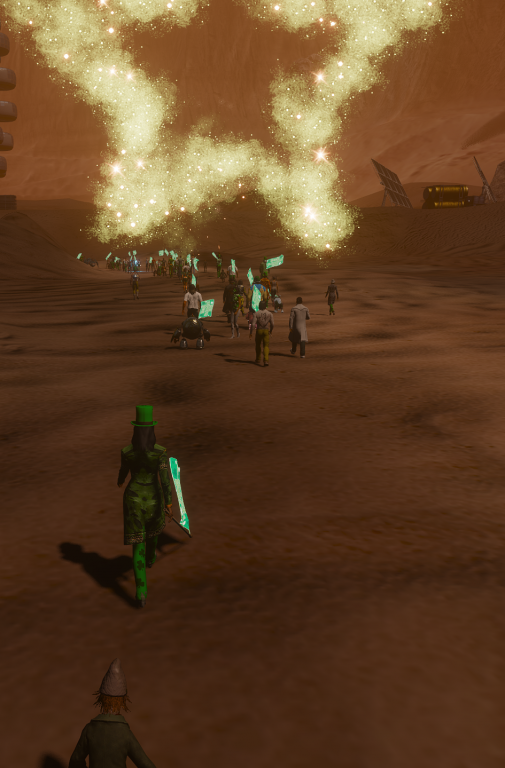 But somebody must have revealed the route because when we arrived at
Yog burrows, They were waiting for us 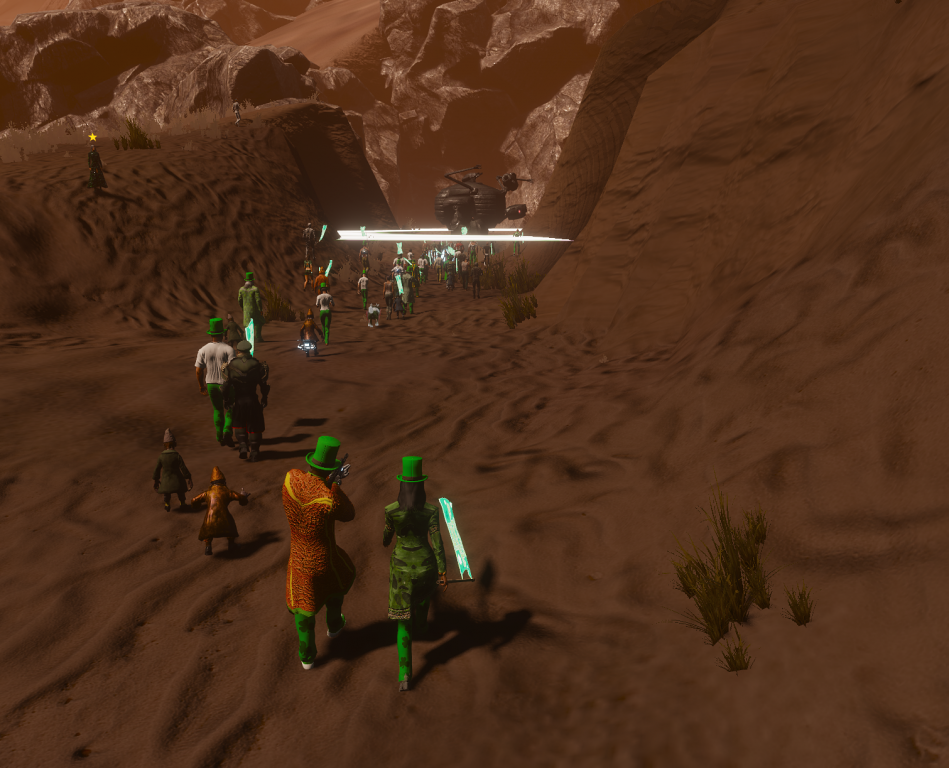 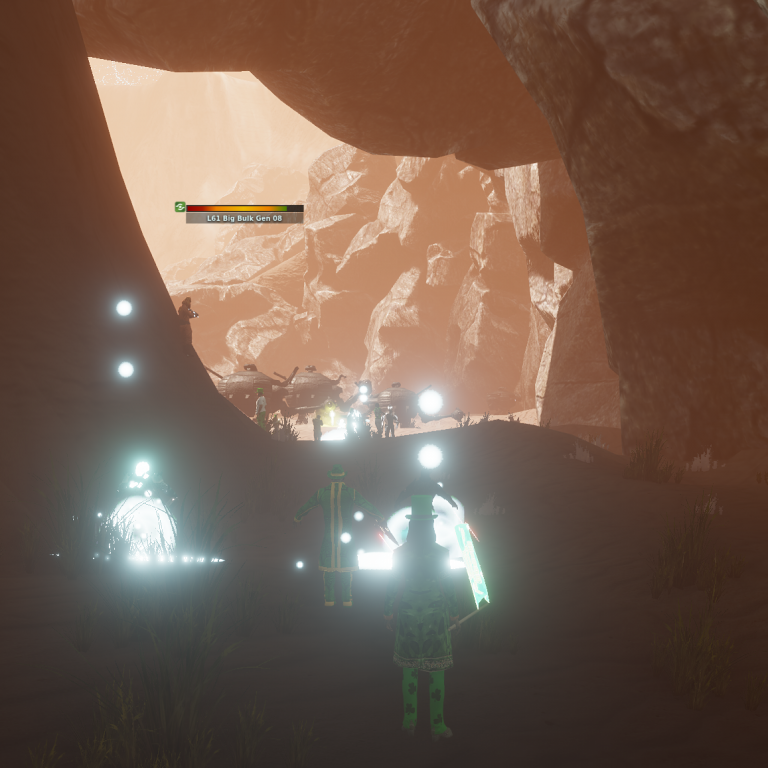 Staff member
Moderator
Community & Media Manager
Virtualsense Media Team
VCAT Team Member
Great photos Kendra ... you really captured the moments ... SO many hours of total chaos from DSEC Forensics to Yogs Burrow ... at least at both locations a revive was close by and everyone could get back into the action quickly.

We might need to think about next year and the chaos at the abandoned mine out next to the Monria Hub because there's no revive close by for a quick turnaround, but ... next year will probably look totally different anyway.
You must log in or register to reply here.
Share:
Facebook Twitter Reddit Pinterest Tumblr WhatsApp Email Link
Top Bottom