Wren sat huddled over the manufacturing terminal at the Nahar City Man Nawa Reactor, his brow furrowed as he reviewed again the Adrees shoes blueprint he had acquired from Miles.

“This will be your fifth time trying to create these shoes…Is this really a good idea?”, Wren was momentarily caught in doubt. “I know the Queen is barefoot, but you’re a mechanical engineer not a cobbler. Listen”, he said quietly to himself, “You have already slaughtered hundreds of Bahri…yourself, paid others do so, and scoured the planet for Qaz. You have a few more attempts ready even if you fail this time. It is already done just keep trying.”

Wren focused letting the hum of the reactor wash over him and began his work. A few moments later he was staring at a perfectly constructed pair of shoes. “Success! Yes! Thank Lootius!” Wren exclaimed.

“I can’t believe you did it.”, said a voice in Wren's head said mockingly.

The voice was part of the low murmuring that had been incessantly nagging at the back of his mind damage to his psyche associated to all the years he had spent conducting research on Monria. The Nahar Nawa reactor was the first place that the voices were pushed to total silence, except for one. Even now “The Presence”, as Wren referred to it, could still make their voice heard even if barely.

“Of course, I did”, Wren continued his confidence restored, “Now I remember she wanted TabTab slippers.”

Wren deftly pinned some TabTab skins to the shoes and they immediately lost all their beauty.

“No, no, no I can’t have that”, Wren asserted as he pulled out the pins.

“Hmmm … Maybe I can use them as an accent?” Wren asked himself as he cut the TabTab skin and sewed it as a fine embroidery on the shoes.

“Hmm… Okay now what color should I use?”, Wren questioned.

“For once you may have given some passable advice.”, Wren paused and reviewed the simulated best outlook for the shoes. His expression soured. “This green is just too dark to match The Queen’s royal attire and beside I don’t even have to the skills to use this color correctly.” Wren hesitated.

“PAINT THEM GREEN ANYWAY!”, For the first time since he landed the presence boomed through his mind.

They came out lighter than the simulations.

They came out perfect. 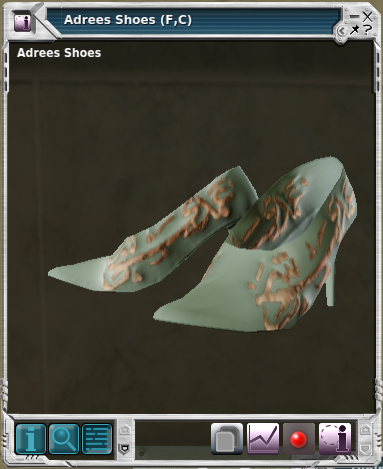 I added a picture as Eleni is right I violated some key points of story telling...especially after the tale was told.

These are actually replicas as in my madness *coughs* I mean excitement I forgot to take the pictures of the original. These shoes remain difficult to get "right". 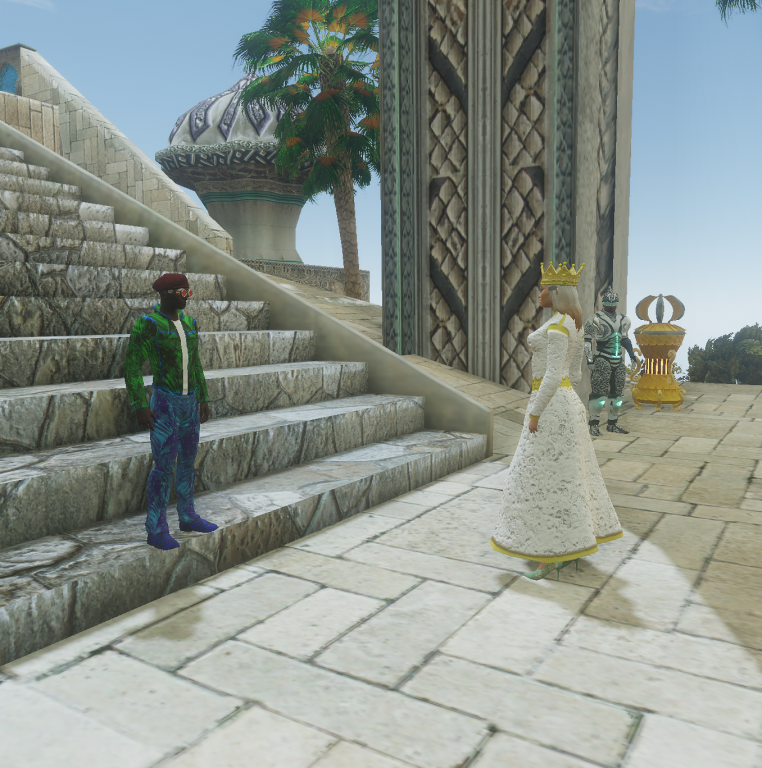