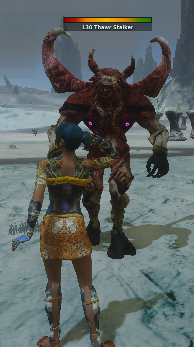 First is to notice, is that mobs have levels.

When you start the game, you will be Level 0 in everything. So just like youll will be unmaxed on Lv0 guns (maxed at Lv5 ~ see Part I), Youll be unmaxed on Lv0 mobs too, so you will have to skill up, on your first five levels, to be mob lv + 5 levels and notice a difference.

The general rule wants that you will need to be Level of the mob + 5 levels, to be maxed on them, defense~wise.

So for exemple, for a lv0 tabtab young, youll need to be Lv5 evader to be maxed on them.
But, from their starting level, youll be on that "learning period", where youll actually start taking slightly less hits, during all five levels until you are +5.

Another exemple will be, doing a mob thats Lv35, while you are Lv29 evader, you will be taking the maximum hits (so damage) the mob can do, as youll evade none of its hits.
At Lv35, youll start evading some, at Lv40, youll evade as much as the game can let you.

Also please note that there are both MISS and EVADE hits from a mobs, just like Lv100 weapons.
MISS are natural in the game, for any levels, EVADE are caused by your Evader level.


So, even if you "can kill that mob" , That may not be the best thing you've ever done, and in the end, you may wonder why you are losing so many peds. Defense cost is as important as weapons economy.

There are 3 types of different defenses for your character.
Evade generally applies to contact mobs, that come close to you and hit you with melee.

Dodge will apply to most robots, gunning mobs, anything doing ranged damage.

Jamming is a PvP Only skill, allowing you to dodge Mindforce incoming damage. No known mobs train Jamming skill.


So, just like looter profession, youll need to be maxed on the right skill, matching your actual mob.

Just like weapons, Armor and healing tools have a rule of economy.
For armors and plating, that will be durability.

Armors and plating will lose more TT value, regarding the more damage they absorb, AND their durability.

This is why i personally dont use the so popular Mark 5B plating ~ 5A is my old set of Pre~Loot2.0 plating, and i wouldnt change it for 5B. 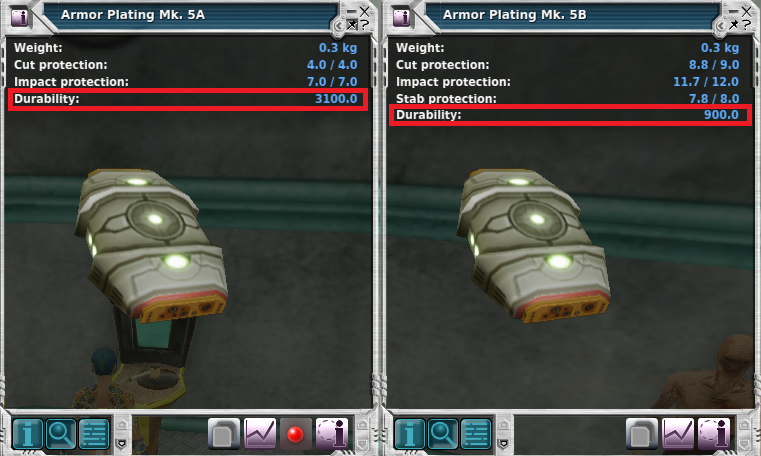 As you can see, 5B as much more damage absorbsion, but more than 3 times less economy than my meek 5A.
Meaning that, For same damage absorbsion, ill repair mines 3 times less.
Also, with 5B, you may be overprotecting, and getting much more unecessary DEFLECTED hits than me, again, increasing your cost for no reason.
Last point being, that armor does not give skills, when healing does. So i always unadvice my Disciples to overprotect, and balance armor and healing, to make sense of it.
Ultimately, you want to hunt without armor, and heal as much as you can, if you have a decent aidkit/heal chip.

Please note that Mindark have stated that "some" of the armor decay and heal value are returned in the loot.
But as far as i know, there are no statement as for which % is returned. Could be 50%, could be 1%.

In our todays system, Loot 2.0, people will usually state that there are no downside for overprotecting.
This may be true, if you believe that Mindark repay all your armor + plates decay in loot, and you clearly dont want to deflect every hit, meaning youll absorb all the damage from the mobs, on every single hit, equal to maximum deacy on each hit.
Durability would be something to keep in mind aswell, to minimize your spendings.
Defense value and durability are very different.
It would be like saying, putting an amp and overkilling isnt a problem anymore, but that doesnt mean the a E-14 (41% efficiency amp) is a good thing to use.
In that case, 5.A plates are my good amp, and 5.B plates be my E-14 amp.

Something to keep in mind to keep control of your money out.

Again, an exemple of hunting Troopers robots on calypso, with a very low level of Dodger, but a very strong Burn/Penetration armor, plated 6A, may lead you to yes, survive and kill them.
At ~100 damage, those robots will eat your armor and plating, using the maximum absorbsion of both, and your low level dodge will just make this even worse.


100HP absorbsion is pretty huge for an armor.
So even with a super economic gun, you will very unlikely get out of it with a positive result, as your repair bill on the armor will be terrible.


For healing tools are the same rule that applies to weapons.
When weapons have a DPP (damage per PEC spent), Heal tools have a set economy as HPP (Heals per PEC spent).
I wont list any here, but researching on Entropedia should sort your thoughts out.


Résumé:
Keep your defense cost as low as possible, and be maxed on your mobs.

Staff member
Moderator
Community & Media Manager
Virtualsense Media Team
VCAT Team Member
Eleni, even when you're sharing helpful information you can make me laugh ... that first photo absolutely cracked me up. Your avatar posture in front of a Thawr Stalker is priceless.

Thank you for taking the time to put yet another useful guide together. On Thursday, I'm going to spend some time doing some more sorting and organizing so that we have all resources readily available without having to look all over for things.

Your efforts are very much appreciated, as are the many community members who contribute valuable content.