Hello! Not sure if this is something fixable, but in the new Red Team Lotus instance, in the last room on the timed clear mob part, K0lbosa and I (Valerie Lockheart) found this mob that was halfway stuck in the ground.. after hitting it a few times, and almost killing it, it moved back further and was untargetable/unhittable (it could still hit us though). The mob was in the back left side of the room next to a little hill. We tried hitting it for 2 minutes by firing into the hill until the timer ran out, it was on the last attempt so we ended up failing the instance.. we were still able to claim the chests (Which I'm glad a failure still lets you claim them!) but we missed out on the bonus round of the instance. 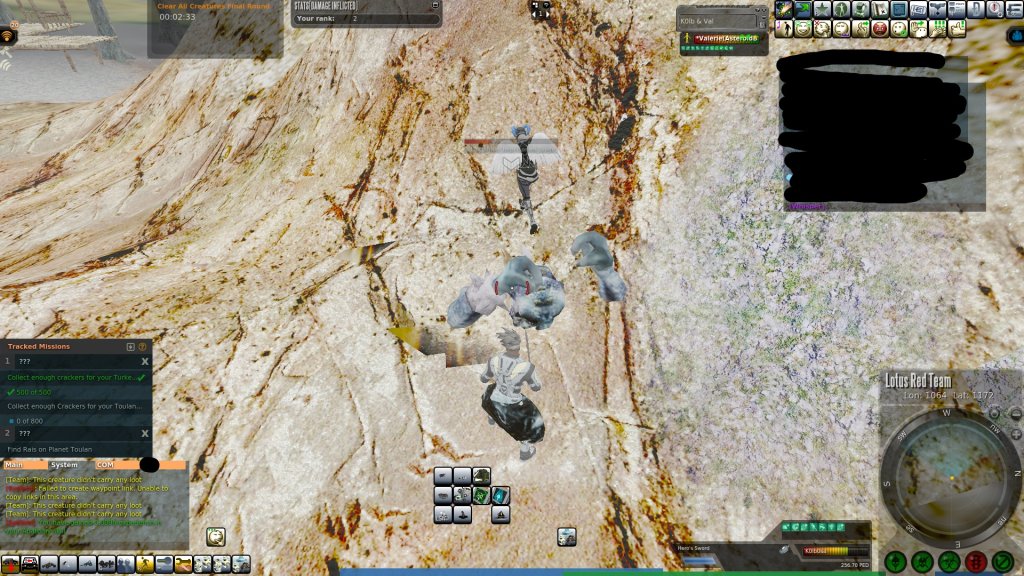 Lost the bonus round on this today due to a mob being stuck underground in round 1 2 and 3. At around the same location every time. Didn't get screenshot of round 1.

Bringing along the Moon with me