Hey y'all, this is my first feedback post so I want to preface it by saying y'all are doing an amazing job on Toulan! I haven't felt the same sense of wonder exploring a planet since the early days of playing PE public beta on dialup. Really excited to spend time in Toulan for awhile.

I do have a suggestion for the Nadira Wants an Apprentice quest line's stage involving looting 20 Mokhat Jelly:

Is it possible to add a map marker on the juvenile pack outside of Guardian Village to hint that Mokhat Jelly will only drop from juveniles?

I know I'm not the only avatar in game that cycled a good amount of PEDs on higher maturities in an attempt to complete the quest. I tend to avoid puny mob packs, thinking they are intended for new players. I get that you can probably just google Mokhat Jelly and easily find out what maturity it drops from, but I do wonder if there's a better way to explain that with in-game systems?

Oh, and by the way, the quest wasn't too bad of a grind when I found the right mob and weapon 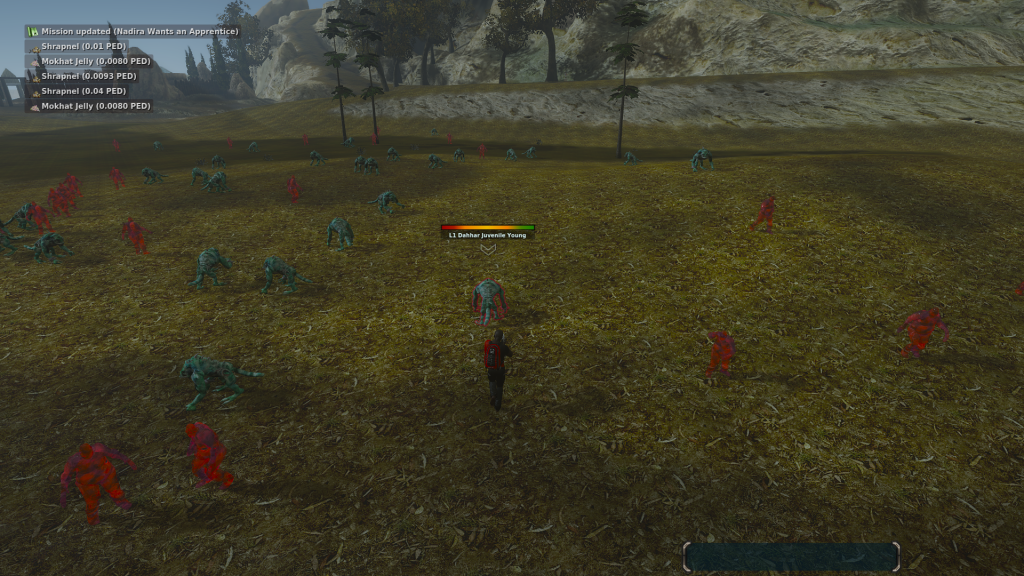