We know the Cultists found the Necronomicon in an unmarked grave two years ago and gave it to Decca, Leader of the Cult of Shut'thend who in turn then handed it over to Yog-Sothoth. We know that advanced Cultist technology altered the genetic code of the Green Leprechaun to create a more aggressive Evil Leprechaun that was unleashed last year at an even greater threat level by Yog-Sothoth at our Halloween event. We now know that incantations are being used from the Necronomicon to bring forth even more dark forces to elevate the chaos level on Monria, and this is not a good thing.

As a reminder, and for those who don't know about the Necronomicon, it's an ancient book of text that was compiled by Abdul Alhazred (also known as the "Mad Arab") in the 8th century, and it contains magic spells and incantations that can summon the darkest of evil. The Necronomicon was originally called Al Azif that Abdul wrote while living in Damascus before his sudden and mysterious death in 738. It was later translated into Greek and given the name Necronomicon.

It is said that studying the text of the Necronomicon is inherently dangerous, and for anyone attempting to master its arcane knowledge, there's potential for meeting an unexpected and untimely death. However, that said, the Cultists are an advanced civilization quite prolific in their own use of arcane magic. They worship Cthulhu and are in his service to do whatever bidding is expected of them, including mastering the dark magic from the Necronomicon that will ultimately awaken him from his death-like sleep in the City of R'lyeh at the core of Monria.

The Necronomicon is comprised of substantial text, but in the unabridged version located at the Miskatonic University Library, a specific passage stands out:


"Nor is it to be thought...that man is either the oldest or the last of Earth's masters, or that the common bulk of life and substance walks alone. The Old Ones were, the Old Ones are, and the Old Ones shall be. Not in the spaces we know, but between them, they walk serene and primal, undimensioned, and to us unseen. Yog-Sothoth knows the gate. Yog-Sothoth is the gate. Yog-Sothoth is the key and guardian of the gate. Past, present, future, all are one in Yog-Sothoth. He knows where the Old Ones broke through, and where they shall break through again."​
As a result of Pinthas (Cthulhu's twin brother Kthanid, and the one who put him in his death-like sleep) refusing to assist Decca, K'Tan and the other Cultists primed to perform a ritual of incantations and magic spells to awaken Cthulhu, they are now working with Yog-Sothoth as well to determine a way to summon other dark forces in an attempt to find a work-around without Pinthas. I don't need to tell you how deeply dangerous this is for Monria.

The question we asked last year at this time was ... is Monria all that we have to be concerned about?

This year, we know there's more to be concerned about because dark forces have also invaded both Toulan and DSEC-9, and we know that Decca has a hand in it at some level. Monria is always in danger, but during Halloween, the threat level rises and we have to be even more vigilant.

I suppose the question we should ask this year is ... with the escalation of chaos that seems to be imminent, will we be able to continue being victorious in these battles?

Oh, and ... based on who authored the Necronomicon, the question would be ... is there a connection in all of this to Toulan?

Date | Saturday, October 30th
Time | 00:00 -to- 23:59 Game Time
(to determine game time -- click on your System tab in the chat box and then press U ... or
press the period key if you haven't remapped your keyboard since the graphics update)
Location | Entire Moon

Right click on the following links and open in a new tab -- these are PDF files for downloading:

Also, here are links to help you navigate Monria, but also find items in shops and shopkeepers:
Right click on the links to open in a new tab.

HEADS UP ... if you haven't done so already, make sure you pick up the:
For those still working on the chapters mission (The Order of the Elder Gods), here is Ant's statement to those who have made comments, suggestions, and have questions -- hopefully this will help.

This too is a downloadable PDF file -- right click and open in a new tab.

There was a total of 460 globals/hofs during the 24 hr event time.
Event participation was lower due to the Halloween Mayhem event on Calypso.

You can see all of the results in Ant's spreadsheet here where individual global/hof totals are included.
Right click and open in a new tab.

RULES ON HOW YOU WIN

I think most of us like to dress up for Halloween, so do your best to assemble the most creative-looking outfit you can, and get ready to parade yourself in the DSEC Military Camp boxing ring in an effort to win one of three PED prizes. Leave your ego outside the ring, because during the costume viewing by the judges, those who are not in contention for winning a prize will be eliminated -- I think you know what this means.

RULES
We expect that everyone will please follow the rules, and especially our unique method of elimination. After all, this is Halloween, and what would Halloween be without a bit of gore. Team Virtualsense needs to show their love now and then.

GET CREATIVE WITH A PAINTED FACE MASK | WIN AN EXTRA PRIZE

We've added an additional prize to the Halloween Costume Contest in the way of Painted Face Masks, here are the rules:
PRIZE FOR BEST PAINTED FACE MASK
The additional prize for face mask was given because there were only 3 participants who did painted face masks and Eleni's was just that good and deserved the prize ... Halloween Costume Contest participants was low this year due to the Halloween Mayhem. 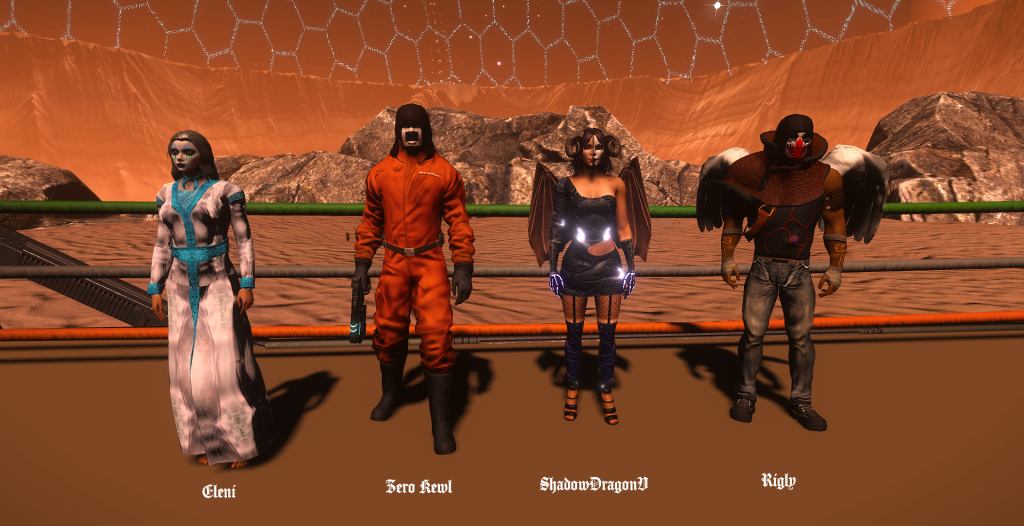 Here is an example of one of the best painted face masks we've see in the past and was created by Trance:

Here are a couple of examples of painted face masks that were designed by Eleni:

It is happening this weekend!!

Are you scared yet? 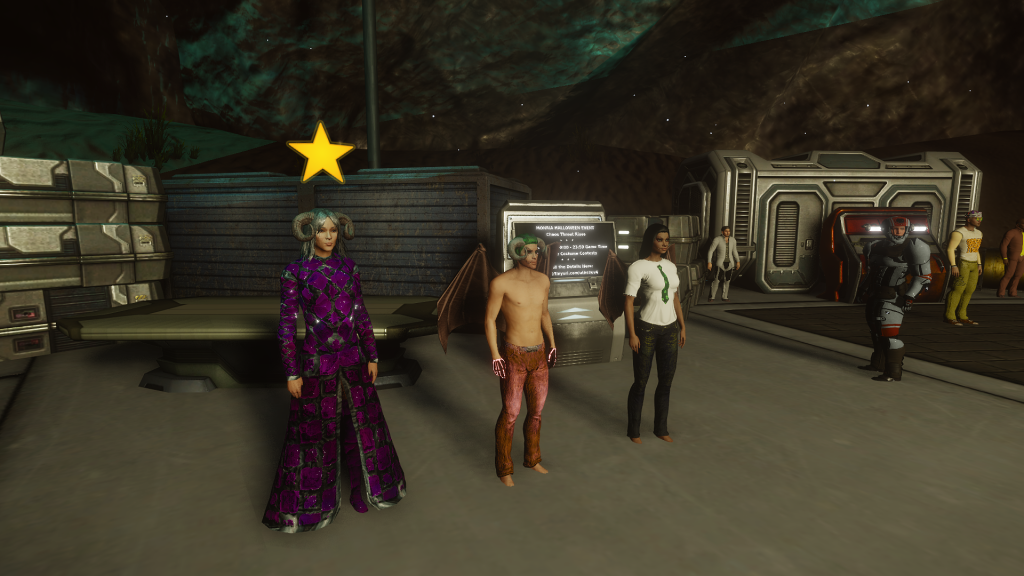 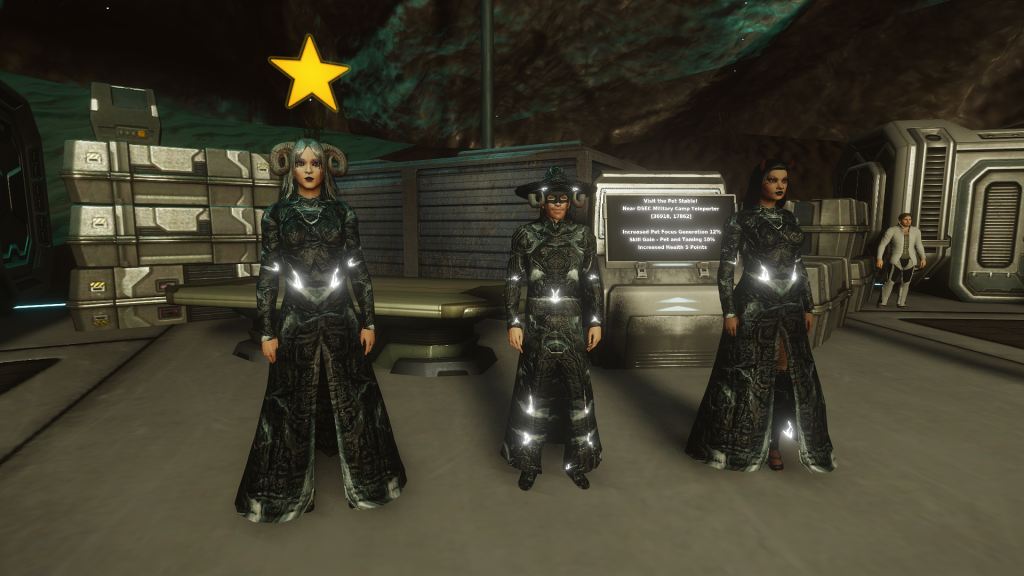 and the perfect timing photo... 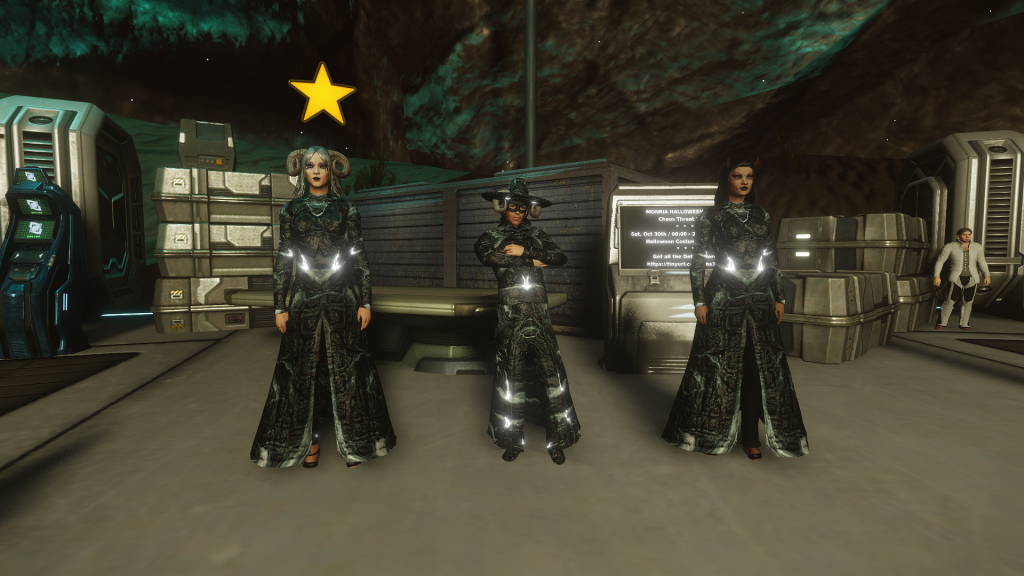 Thanks so much to Eleni for the Surprise We look great

P.S I love my horns

Im in for mining

have a nice halllowwweeeeenn
A

You don't have to register for solo hunting or mining ... it's just for team hunting.

Volunteer Mentor
Yamato Pilot
VCAT Team Member
Toulan Historian
Just posting a couple pictures i found funny, while we in the Halloween mood.
There was some pretty nice costumes at the event too! But i was to tired to actually even think of taking any screenshot there. 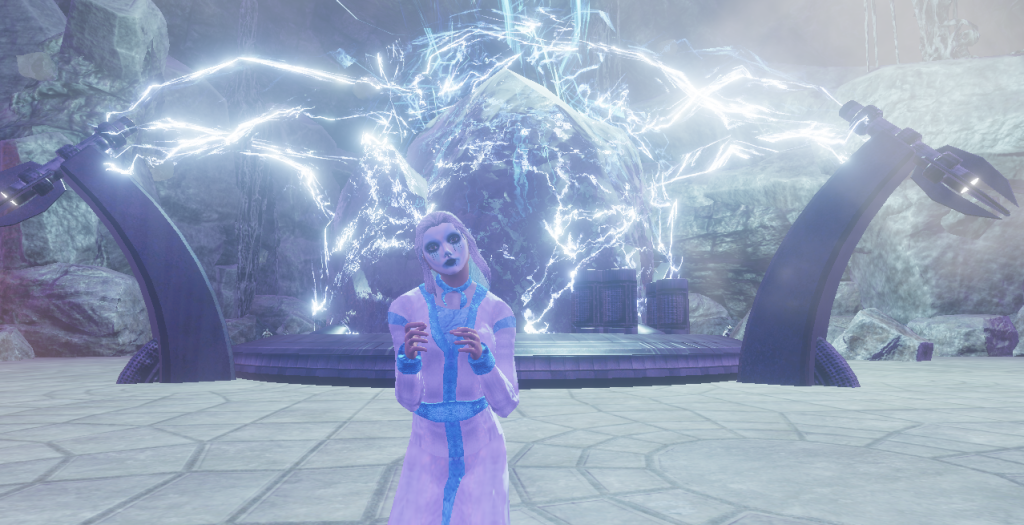 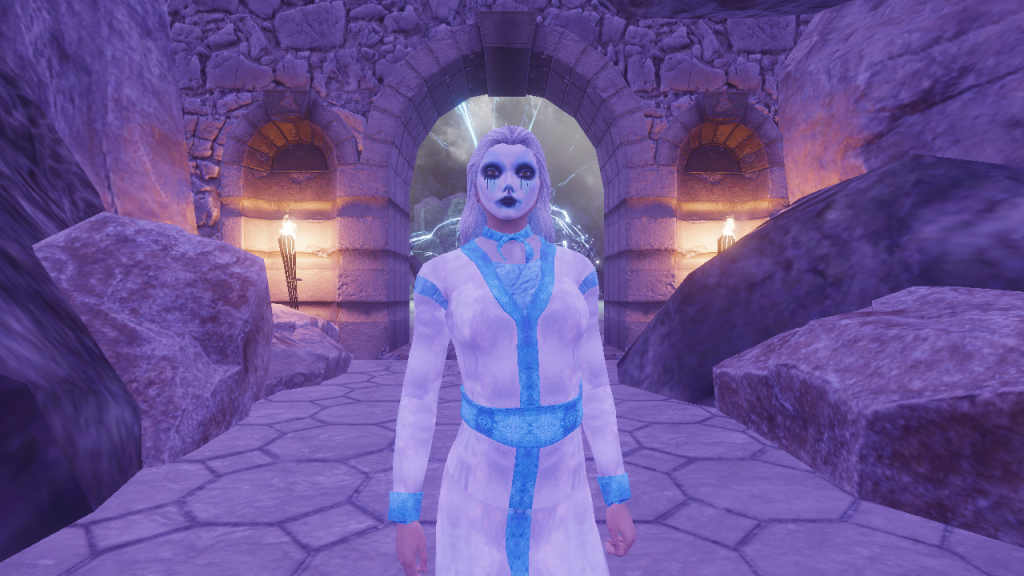 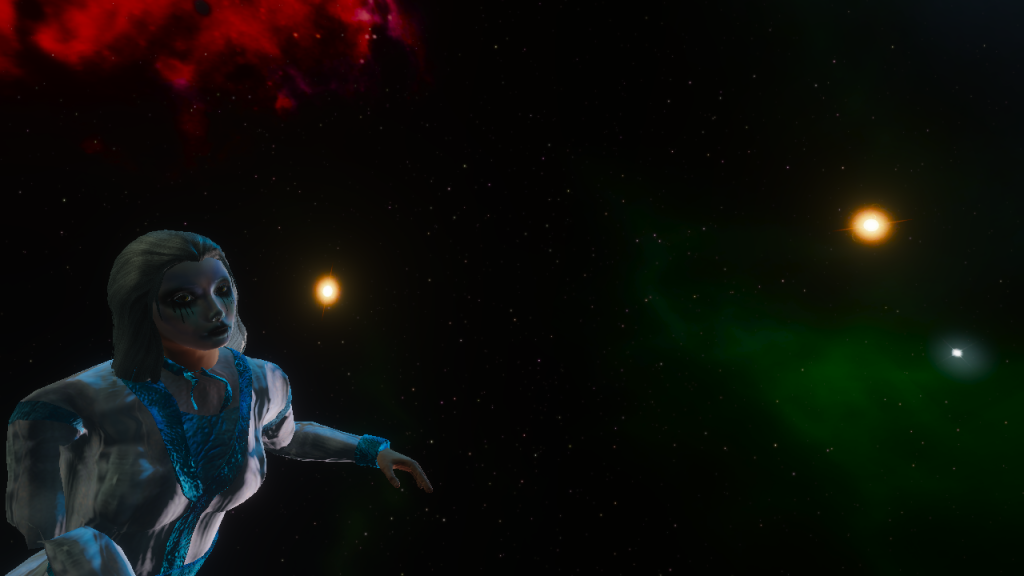 And an extra one for DM's scrapbook, i dont think i ever done that one

Staff member
Moderator
Community & Media Manager
Virtualsense Media Team
VCAT Team Member
Event results have been added to the first post ... I will log into the game shortly to pay out prizes.

Congratulations to all the winners!