When we threw our first New Years Eve Party, we were only a little over a month old as the new Monria Management Team, but the party was a lot of fun and we got to meet new people and show everyone just how much of a party spirit we had. We have carried that spirit throughout this past year and are ready to take on 2017 with our amazing community that progressively grew in 2016 beyond our expectations.

Spontaneous activities across the Moon have always been inspiring, and an encounter in Ali's shop with Rosa and I spawned an idea for a New Years celebration that would be quite different than anything we've done with any kind of community gathering. It was Ali's brainstorm (I think) that we should have a talent show, and call it Monria's Got Talent. Although, the ideas were coming so fast that it was difficult to discern who was saying what because we were laughing so much.

We have witnessed many in our community do some crazy and creative things to be entertaining, and we have all enjoyed them. Now, we would like to invite everyone to show us your most crazy and creative talent during our New Years Eve Party at the Monria Hub.

We are also hosting a Monria Project Runway as a first in fashion shows, and I'm sure that based on the criteria, it should be something quite different and enlightening when it comes to walking the runway.

If there's enough interest, we might make it a part of our annual year-end celebration, but if not, then we'll always have the usual suspects to party with to enjoy the random and crazy fun we are known for, so consider joining us.

And as we always say ... Have Fun & Expect the Unexpected

Let's top off 2016 with this unique New Years Eve Party and bring in 2017 as crazy as we're going out. You know there will be the usual random acts of nonsense, especially when the boss is around. He's still trying to get his PvP HoF at the Hub, so maybe this time he'll make it.

It's one of those "show us whatcha got" moments, so don't miss out and join the fun. :clap

You three are dangerous together! Love it

VCAT Team Member
Really looking forward to this! Sounds like it's going to be a lot of fun, I didn't think we were actually going do it when we were talking in the shop but it should be a blast!
D

You have most challenged my brain, a fashion show with no theme upon which to focus how to win. Hmmm . . . all I need now is to find something to simulate a bowling pin, a hockey stick, and a brown betty and I'm all set

Staff member
Moderator
Virtualsense Media Team
VCAT Team Member
I think what we'll do is not make the talent show a formal one, and just let anyone who wants to entertain us with something creative and crazy do their thing. We are known for being random, so there will be random giveaways.

However, we're going to leave the fashion show as is with 1st, 2nd and 3rd place prizes, and if there are enough people who have entered this first of a kind crazy fashion show, then most likely honorable mentions with prizes as well.

We realize it's New Years Eve and many will be off IRL at parties, so whoever is leftover and wants to celebrate on Monria, we're happy to have you join our second New Years Eve Party to bring in 2017.

As always ... expect the unexpected ... I hear there will be magic.

Staff member
Moderator
Virtualsense Media Team
VCAT Team Member
I have swapped out the graphic banner and edited some of the original post content. There is still an "anything goes" fashion runway contest with prizes, and the talent show is for anyone who is interested in sharing their creative and/or crazy ideas of fun to entertain us. If there are enough acts, then there will be a 1st, 2nd and 3rd Place prize, but those who choose to entertain us will not go unrewarded.

Looking forward to celebrating the end of our first fantastic year and bringing in the new with our amazing community.

Staff member
Moderator
Virtualsense Media Team
VCAT Team Member
A reminder that tonight is our New Years Eve Party at the Hub beginning at 20:00 game time. There will be some magic in the air, and gifts mysteriously appearing to say thank you for your support in 2016. It's not too late to share creative talents with us. Members of TKoE have something planned, and we have no idea what it is, so it will be surprise entertainment.

The past year has been a learning experience, but it has also been immense and oftentimes crazy fun. Join us this evening as we say goodbye to 2016 and say hello to 2017, which has great promise. However, as you will see in Episode 10 of the Kipling Chronicles (hopefully published today), the warning is clear and we will need to unite more now than ever.

You've known us as a team for a year now, and we always say --> Expect the Unexpected <-- continue to believe that.

HAPPY NEW YEARS EVERYONE . HOPE EVERYONE HAS A WONDERFUL 2017 .
:ecstatic:groupdance:ecstatic
L 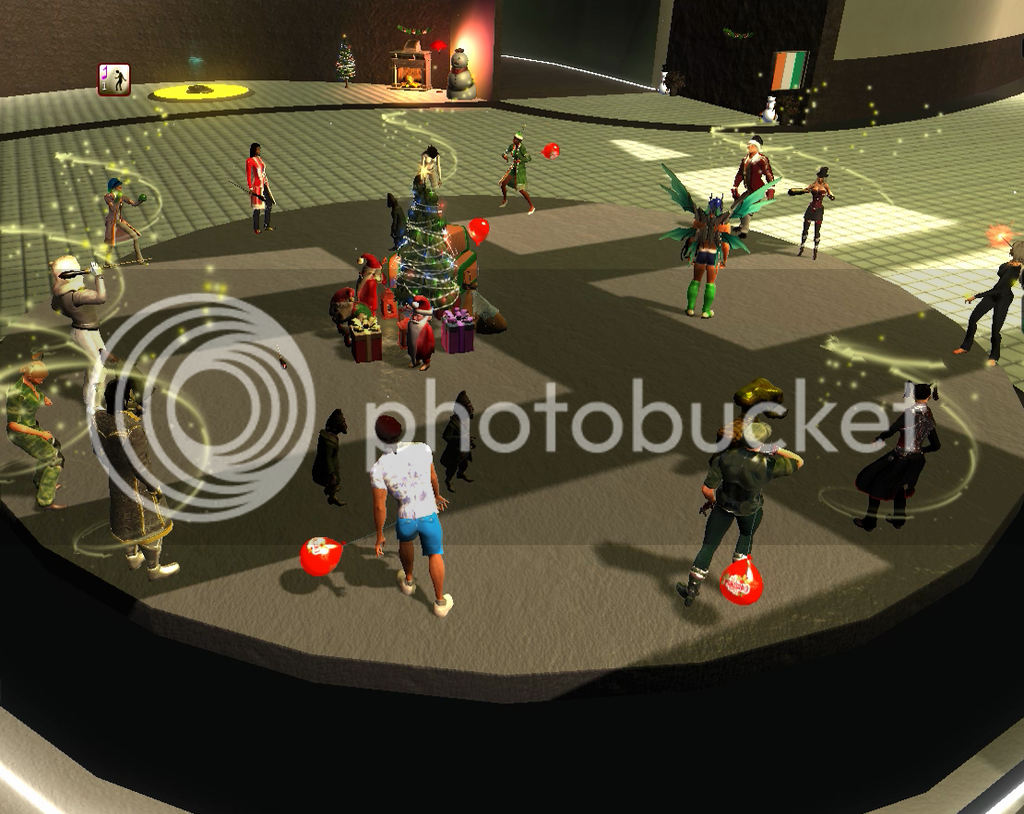 Staff member
Moderator
Virtualsense Media Team
VCAT Team Member
Nice catch Leon ... here's a photo of us circling the stage showing off dance moves, some were off hunting for swirlies.

I have a video of the fireworks. 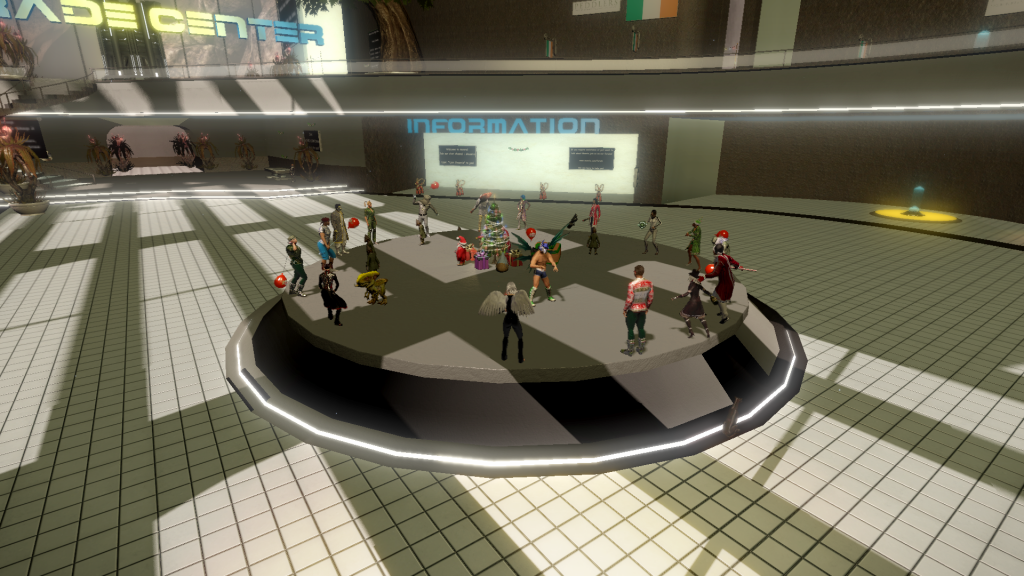 Ty Kendra, and everyone from in game. Drook hit level 4 and decided to "Kick"-In the new year 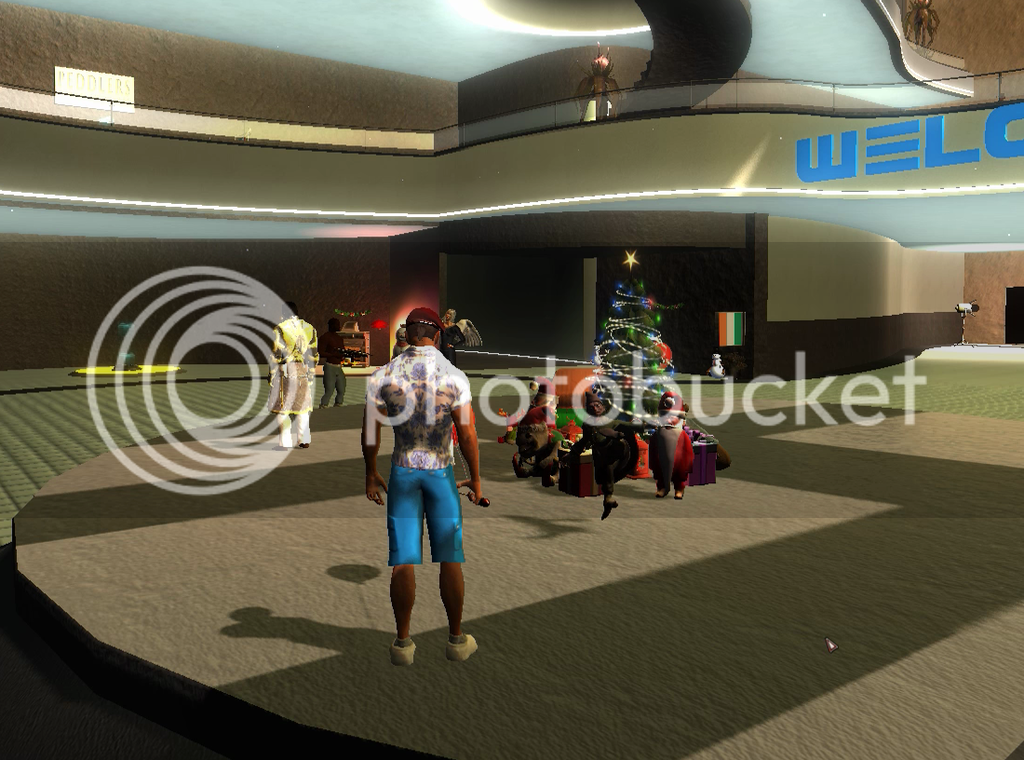 Shop Owner
I wanted to log in, fly there and give some stuff away for the new year but im locked out of the game. Every time I try to enter my gold card number I keep getting an internal error. sigh... Thank you MA.
Happy New Year, blow me MA.

sluggo said:
I wanted to log in, fly there and give some stuff away for the new year but im locked out of the game. Every time I try to enter my gold card number I keep getting an internal error. sigh... Thank you MA.
Happy New Year, blow me MA.

This happened to lots of people, the gold card could be locked out after too many attempts. Send a support case, hopefully with it happening to so many it will be resolved quickly
You must log in or register to reply here.
Share:
Facebook Twitter Reddit Pinterest Tumblr WhatsApp Email Link
Top Bottom