Something that i had on top of my mind for a while.
A kind of summonable Boss.

Based of the design of a Husk, this "thing" would be attracted by the most delicious food on Toulan: Karmoosh, Jallad, Abu Dabas, Zaheem, Qalbain, and of course, you!
Summonable by gathering Mob parts (looted from everyone), aswell as Boss parts (looted in monthly events), to "fish" for this Sand abomination, This boss would present quite a challenge, and require some firepower.

Geography, based on a Hill. This way would block line of sight and force small groups to move, of be more exposed to danger, since others may need to time to come and help.

Design: Tentacles would spawn first. The worm's limb would move and pursue players around the area.
Once a given number of limbs are slain, the head of the Worm is forced to spawn.
The head be static, and only out for a small amount of time, while regenerating limb.
Going into hiding again (No HP regen please >.< ), more limbs are spawned and need to be slain, to spawn the head again and carry on putting the beast to rest, for good.

Goes without saying that the scene would take place in the sands.
Also, for fun, time to time, a random limb could spawn, in the middle of the desert, at any time. 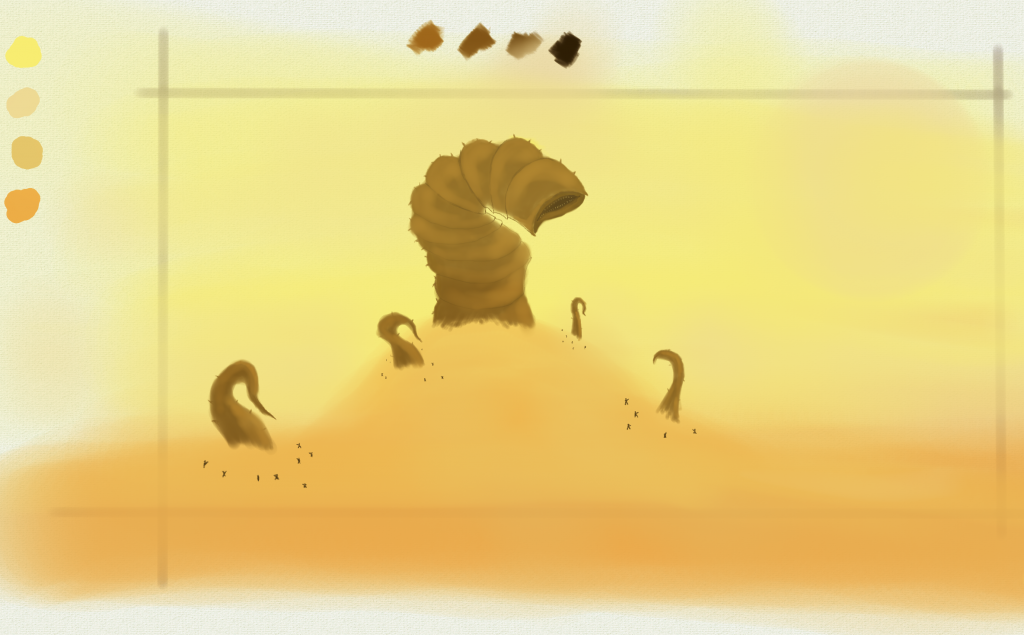 This is a true perversion

Staff member
Moderator
Official Moon Shopper
Virtualsense Media Team
That's a brilliant idea Eleni is that you own picture? it's great I love the tiny people around the limbs

VCAT Co-Mgr
Thers nothing i hope more then toulan getting a big shared mob and preferably in more then one option for size, so that we can summon regular big guys for daily event and huge abs monsters for special occations, and if it requires parts looted here + sweat, ill be a happy pit boss

Love the idea, would be sooo cool, if loot and dmg of the boss will be tuned right, this can be a great thing to get more people to Toulan