The Knights of Entropia (TKoE)

Shop Owner
FINALLY
Big thanks to Zz Frostcaller zZ for selling me the Shade Helmet (M)! 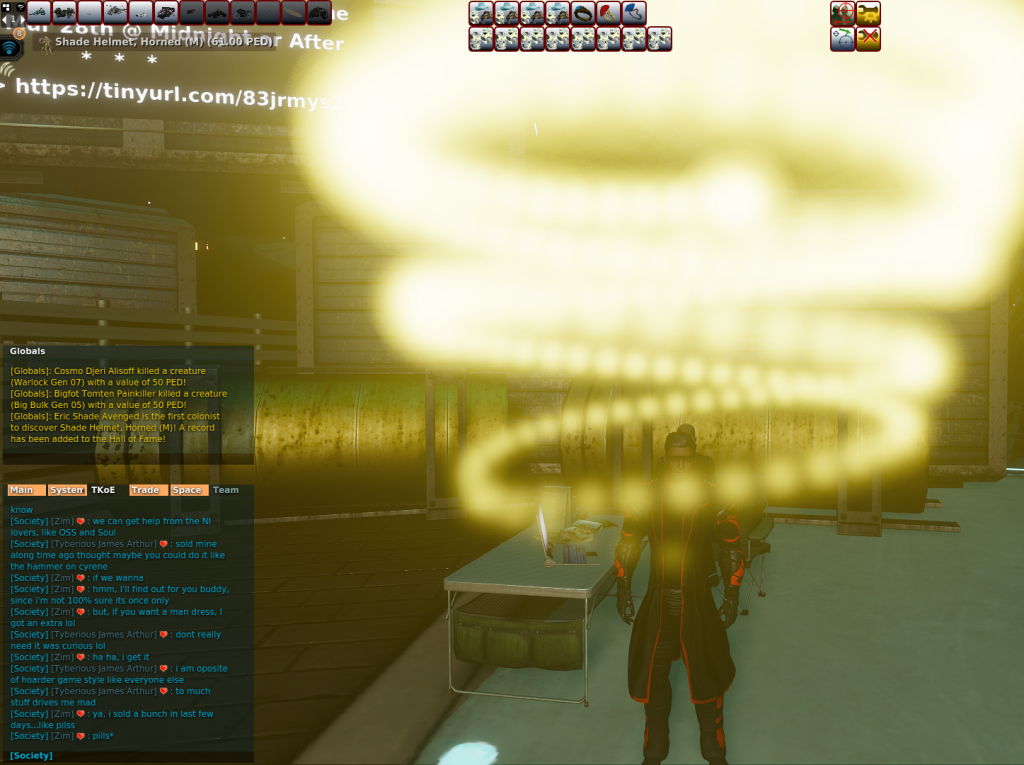 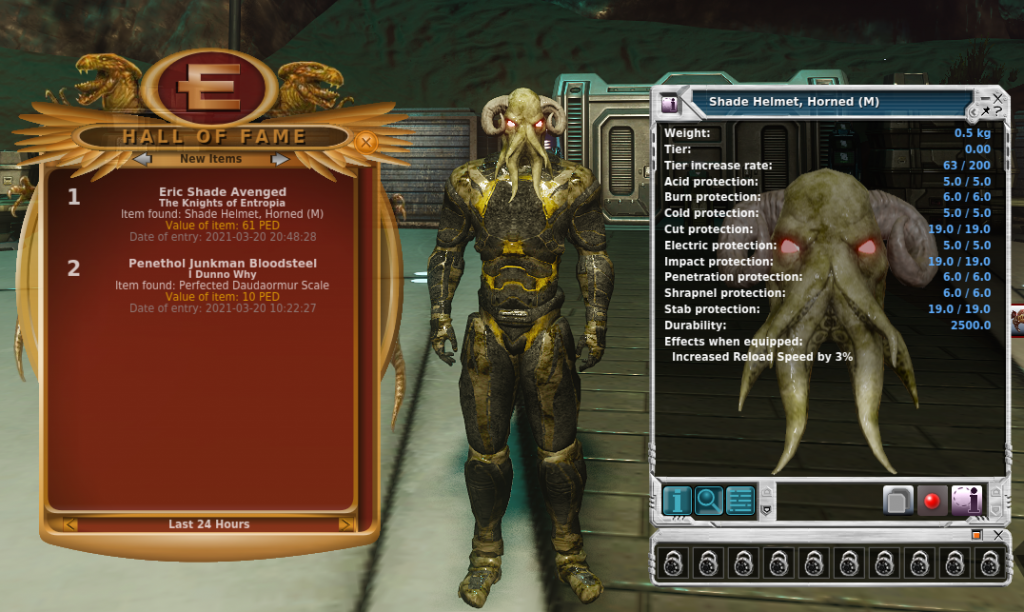 VCAT Co-Mgr
Nice, looks good, and its decent stats to

VCAT Team Member
Wow, Congrats! Is it named Shade because your name is Shade? Or can everyone get a helmet named after them?

Staff member
Moderator
Community & Media Manager
Virtualsense Media Team
VCAT Team Member
At the same time when we introduced our dailies, we also named the NPCs after community members, and the NPCs were created in the likeness of their avatars.

All of these community members made great contributions toward evolving and advancing Monria in some way, and some connected to Monria lore.

We will continue to recognize community members and their dedication and support for Monria and what our goals are, and now there's also the special Vitualsense Volunteer Outfit reward that Ant gives out. It's a personal expression of his appreciation to those who have been consistent in their daily and ongoing contributions and dedication to both of our communities.

The first recipients of this appreciation award, and why, are listed in the following thread:

At some point on Tuesday (Dec 1st), after the Toulan VU had been implemented and the server was up, a set of Virtualsense Volunteer clothing was placed into the inventory of a few Toulan and Monria community members. This initiative was something that Ant created on his own and a personal thank...
www.virtualsense.eu
You must log in or register to reply here.
Share:
Facebook Twitter Reddit Pinterest Tumblr WhatsApp Email Link
Top Bottom