Staff member
Moderator
Community & Media Manager
Virtualsense Media Team
VCAT Team Member
In this thread, please post the following information for each Toulan mob type:
It would be best not to edit your post to add extra information, but rather do a new post, this will help me sort things out for individual mob threads with complete info.

As we are collecting all the pertinent information, I'm going to be adding the info in each mob's own thread with all of the information that applies to it. Similar to what was done with the Monria mobs here.

Thank you very much with any consideration and support for this Toulan mob initiative.

The collection of the list of all Toulan mobs can be found here. If you find any missing, please add.

This will allow me to be able to create the individual mob sections as we progress, and arrange them in alphabetical order. There will be a separate mob thread for each mob maturity under its own mob section. This way, we will be able to present easy access to all Toulan mobs.

I will transfer the data as information is collected here.

Staff member
Moderator
Community & Media Manager
Virtualsense Media Team
VCAT Team Member
I have now unlocked this thread and you can start adding the mob info based on what was requested in the first post. Check here to see what others have posted so that you don't duplicate information. This will help me a lot to set up the individual mob info sections.

I really appreciate the assistance ... the goal is to present complete information on all Toulan mobs.

Thank you very much for taking the time.
J

The Information above is all personally collected - some maturities are very hard to come by.

VCAT Team Member
Mob Damage Types. This information was mostly collected by ELENI. Much easier to test nowadays than it was back then, I don't know if there are more complete results elsewhere.

Please feel free to update this info with anything more accurate.

Staff member
Moderator
Community & Media Manager
Virtualsense Media Team
VCAT Team Member
You ROCK Miles ... thank you so much for posting this info ... all that everyone is posting is going to help me sort out the Toulan Information Center ... I really love that the community helps with collecting information ... brilliant.

VCAT Team Member
the colors are paint cans, i'll post paint can after the next paints i post 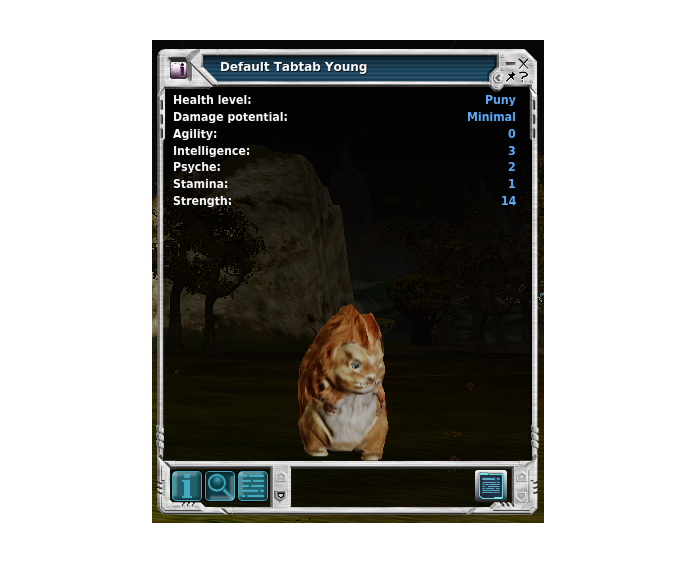