Event Begins | Friday, Apr 23rd -- 19:00 Game Time
Event Ends | Sunday, Apr 25th -- Midnight or After
--- to determine game time -- click on your System tab in the chat box and then press U ... or
--- press the period key if you haven't remapped your keyboard since the previous graphics update
Location | Begins at Guardian Village with HM Queen Nara and will expand across various locations on Toulan over the weekend

Yamato Warp Schedule will run on Thursday, Apr 22nd and Monday, Apr 26th due to the weekend-long Toulan event.

We warned you before to come fully prepared because the behavior of these unique 22 modified creatures is unpredictable. Many learned with the launch of this monthly event in Dec 2020, that anyone stepping into the large aggro range of these mobs will trigger a full-on charge of all of the mobs at once, and it's not just one group of them. There are waves that include boss mobs, and then all 7 of the biggest boss mobs in a row, one more deadly than the one before. When these 7 boss mobs are killed, the full scale invasion across various locations on Toulan begins for the remainder of the weekend.

However, there is an added segment to the end of the initial waves and bosses for about an hour or so ... it will keep you busy.

For full and complete details about this monthly event, there is an article in the Dec 2020 Virtualsense Quarterly magazine that breaks everything down.

(these guys, and the other wave levels all charge at once when the first player breaches their aggro range, which is quite large)

AS ALWAYS -- " EXPECT THE UNEXPECTED "

Looking forward to the event

VCAT Co-Mgr
Svako, if you do a Heidi on me, ill make sure you get coal in the socks for the rest of your life..... just saying

OK, I'm willing to go for a compromise, you can have my first DIBS, but next one is mine, no more line-cutting allowed from anyone else
BTW, done some math for you, odds are pretty good for you this event, 50% actually, either you loot a page or you won't, 50/50

VCAT Team Member
I'll be there.
I have this DIBS you speak of on one of the outside booths, i don't care when it drops as long as it does.

Volunteer Mentor
Yamato Pilot
VCAT Team Member
You guys can have all the pages you want, i think ill loot the first UL sword
P

Count me in.. say hello to my lil friend!

Svako said:
OK, I'm willing to go for a compromise, you can have my first DIBS, but next one is mine, no more line-cutting allowed from anyone else
BTW, done some math for you, odds are pretty good for you this event, 50% actually, either you loot a page or you won't, 50/50
Click to expand...

Come to think of it I could do with more space as the shop is all full, maybe I should loot another one

I added them full size so you didn't have to open thumbnails. 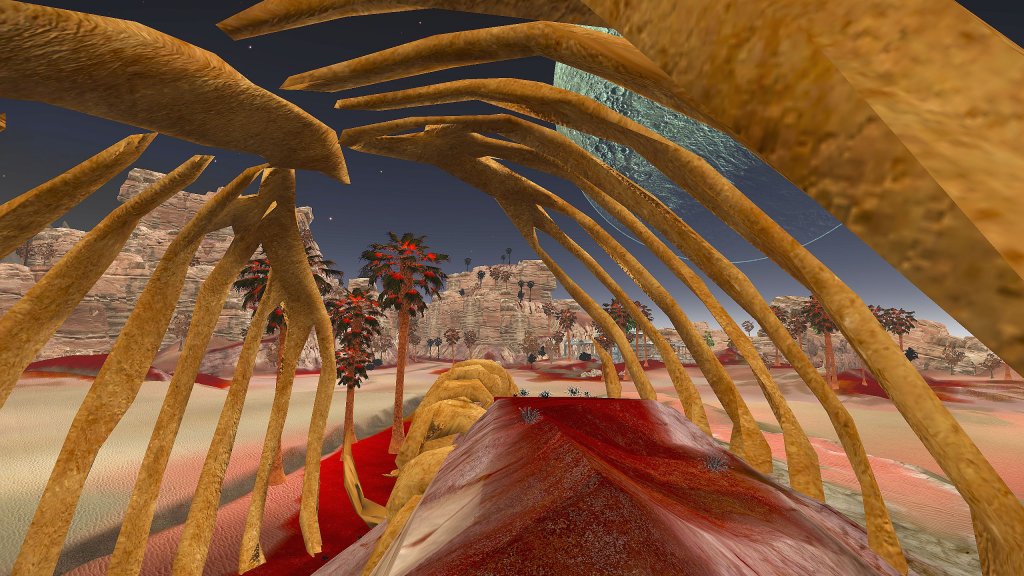 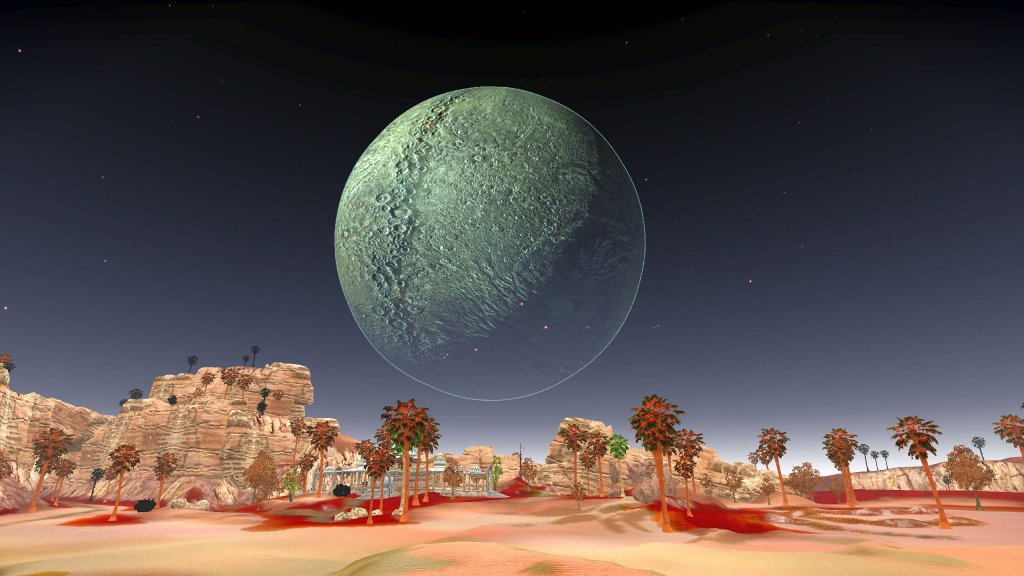 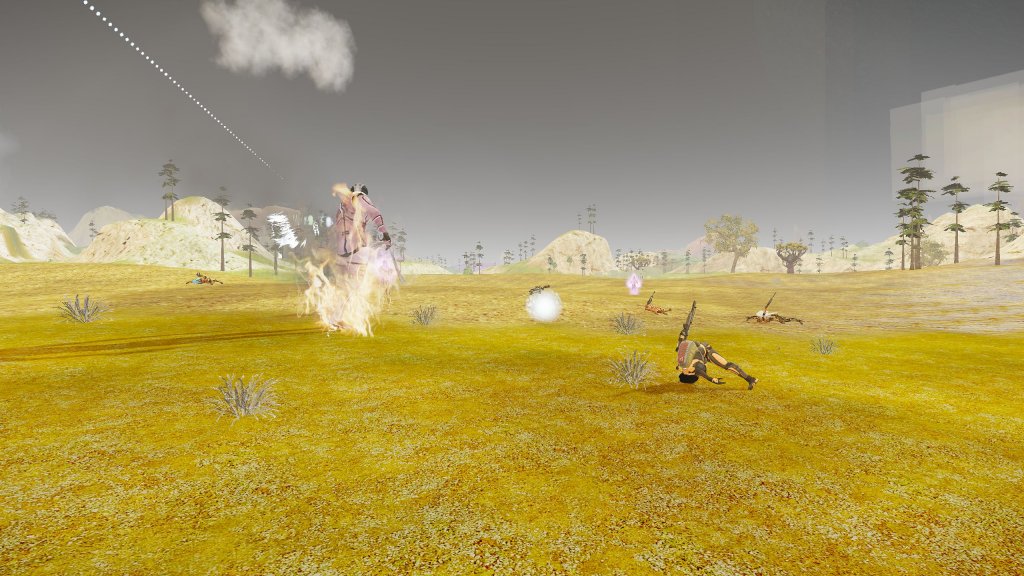 Jeef Boss ... not sure why the guys on the right are doing Yoga at this time. 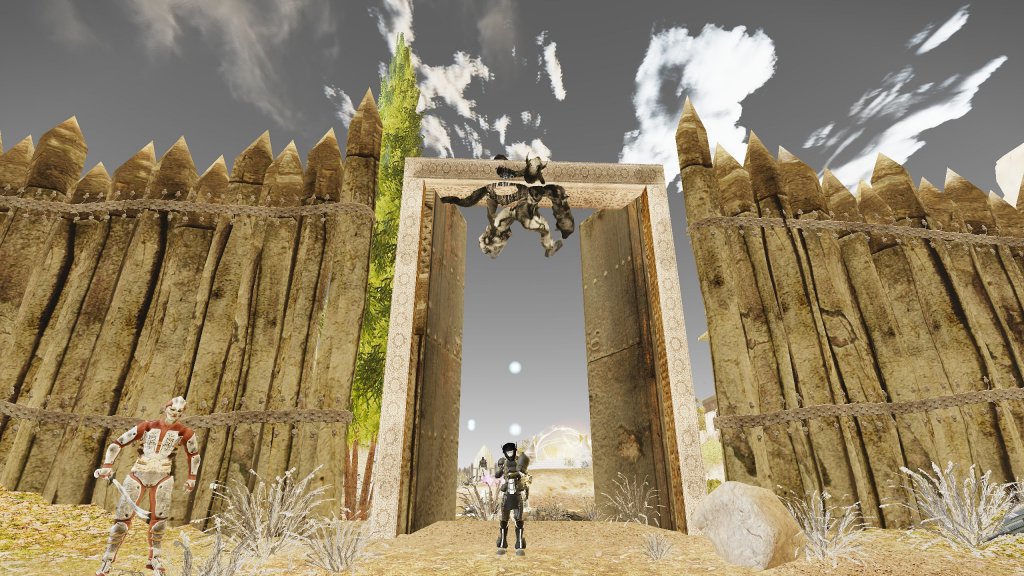 Thawr Boss who tried to use Slinky Feet to jump into Guardian Village ... didn't quite make it. 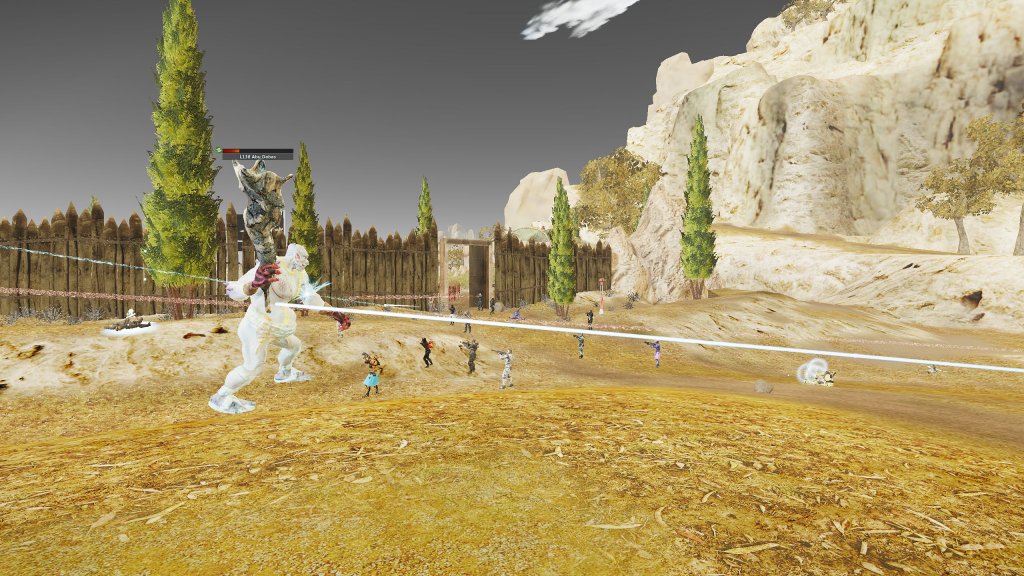 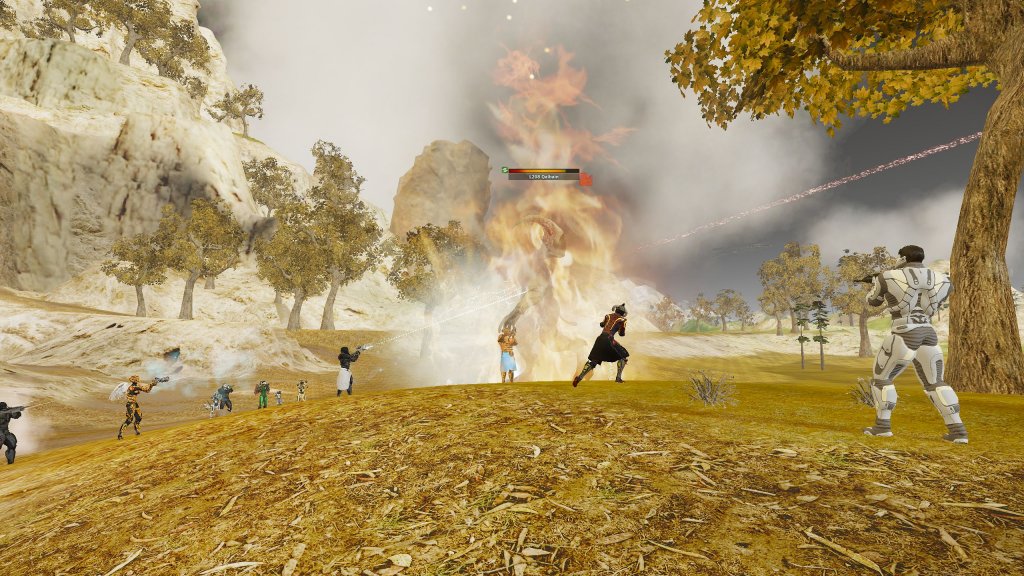 Qalbain and players setting the night on fire. 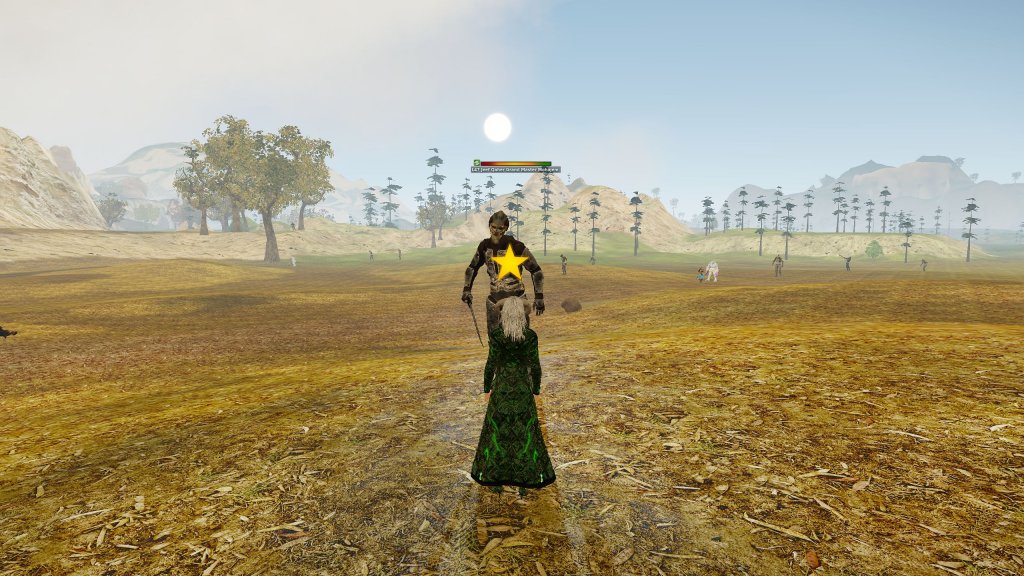 This guy was confused about why I didn't engage in combat. 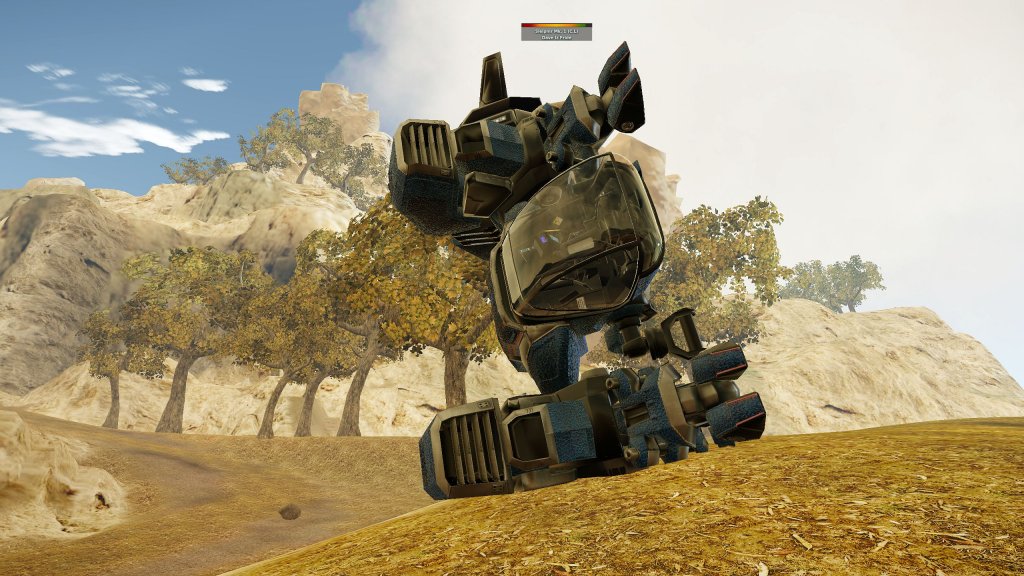 David was doing some trick parking ... notice he's not in the vehicle. 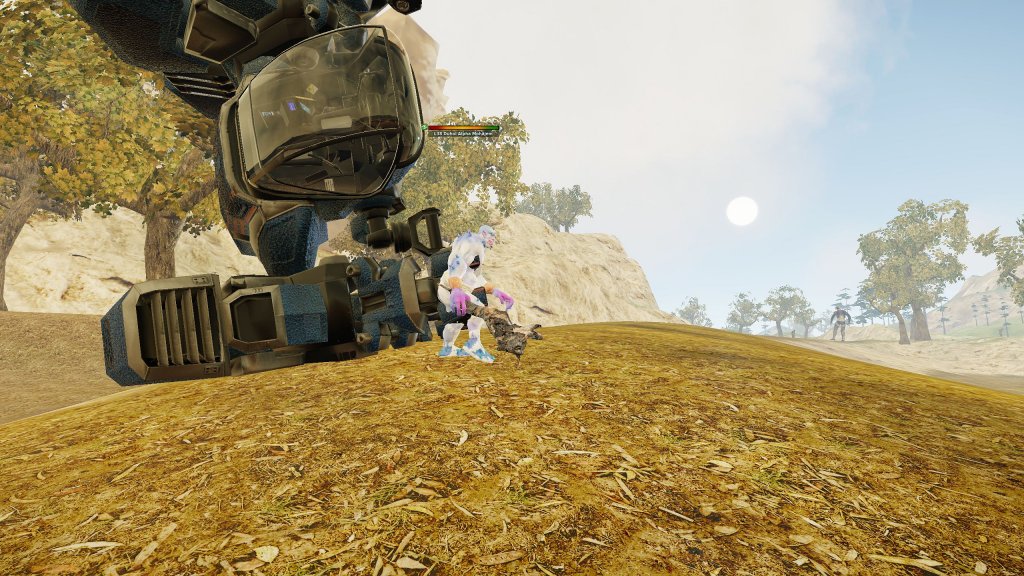 This Duhol was about to take advantage of David's absence and make a quick getaway. 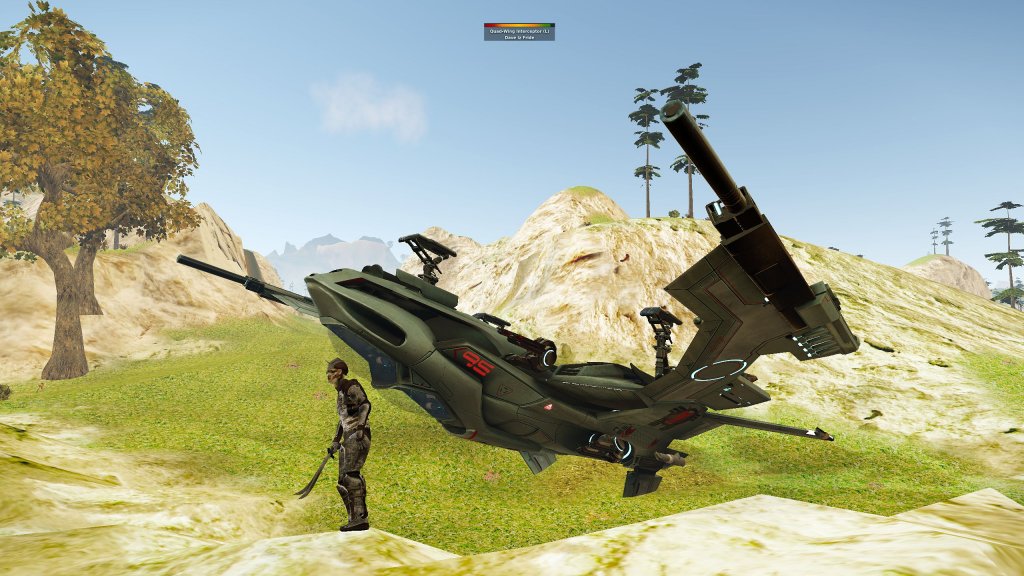 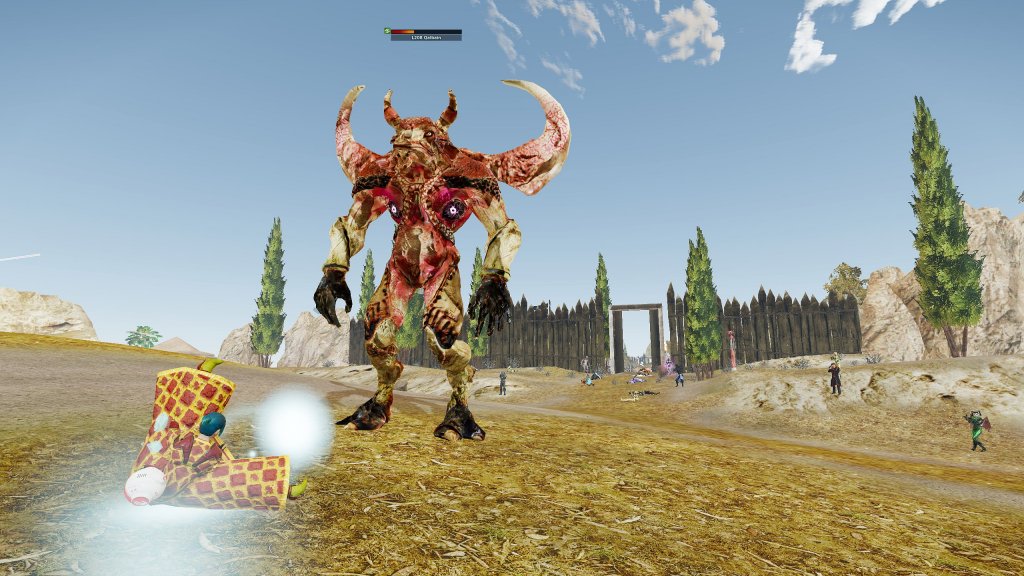 Not sure what Eleni said to Qalbain, but it didn't go down well. 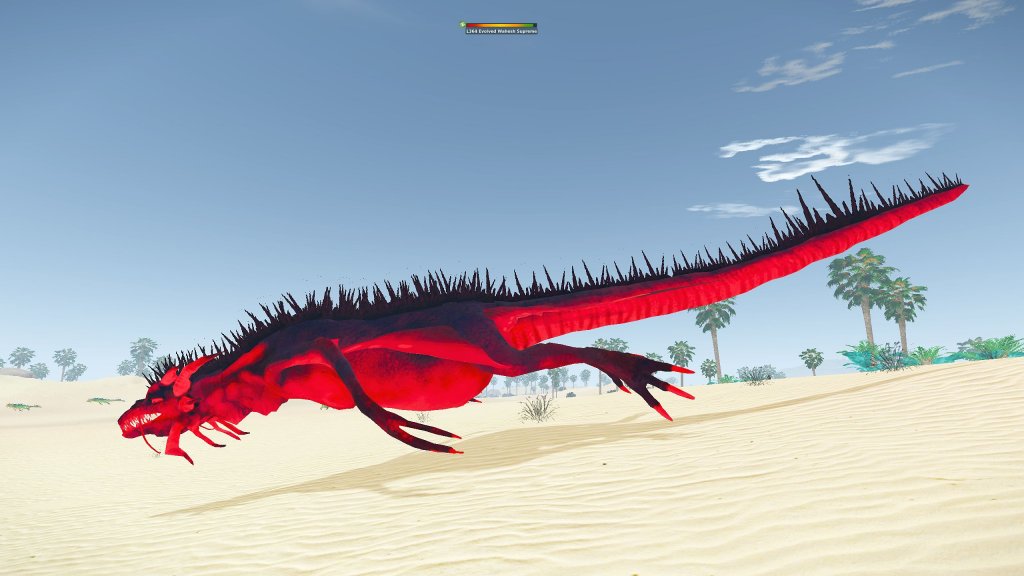 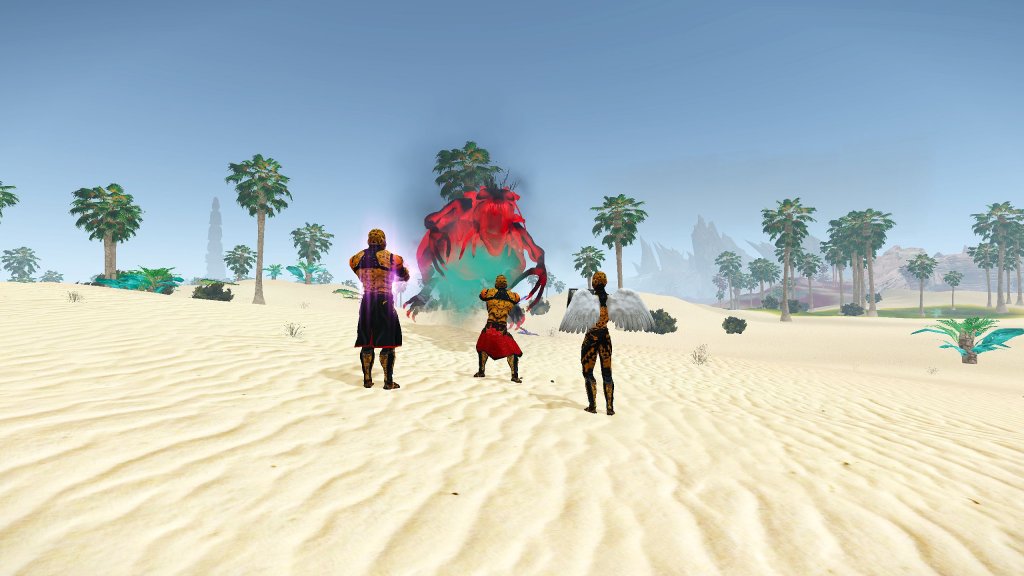 Hally is getting a big dose of bad breath from the Level 364 Evolved Wahesh Boss. 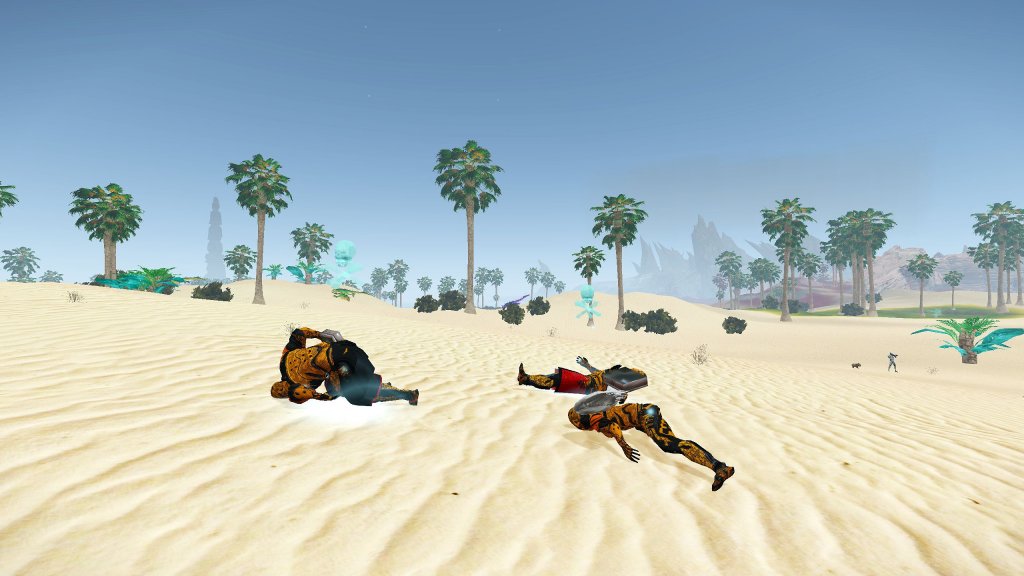 Ya, that didn't go down well either.​

Svako said:
OK, I'm willing to go for a compromise, you can have my first DIBS, but next one is mine, no more line-cutting allowed from anyone else
BTW, done some math for you, odds are pretty good for you this event, 50% actually, either you loot a page or you won't, 50/50
Click to expand...

Oh OH what did you do? coal in socks time lol big GZ 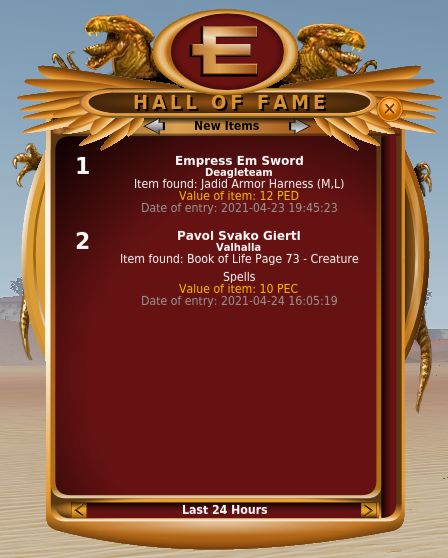 I bet Hally will get one this event too, DIBS just got mixed up a bit ;)
S 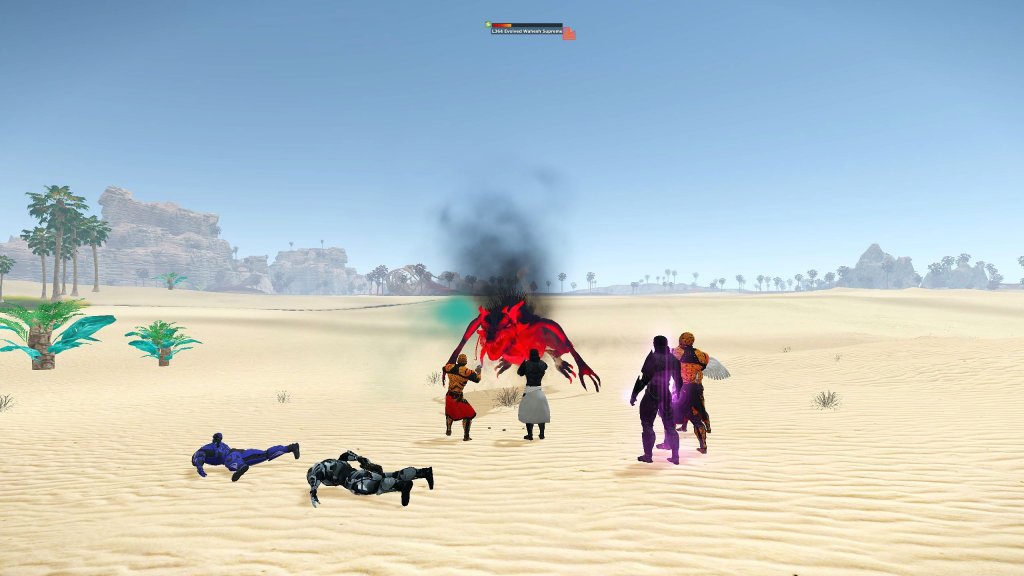 If it's not Yoga, it's pushups ... doesn't help the effort much. 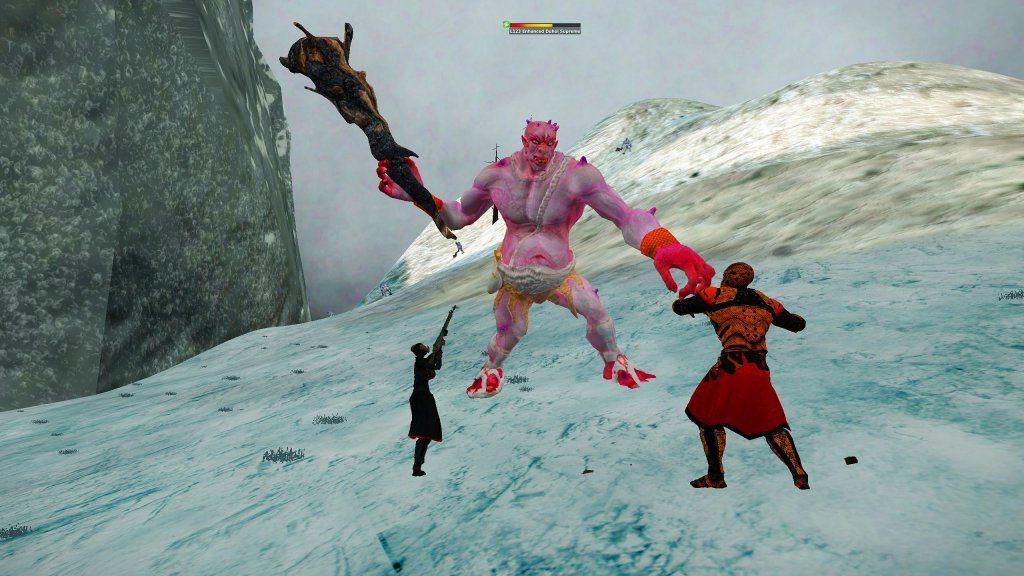 "You first" ... you can see Hally pushing back while R41M31 aims at this modified Mankini-wearing Duhol Boss head for a shot. 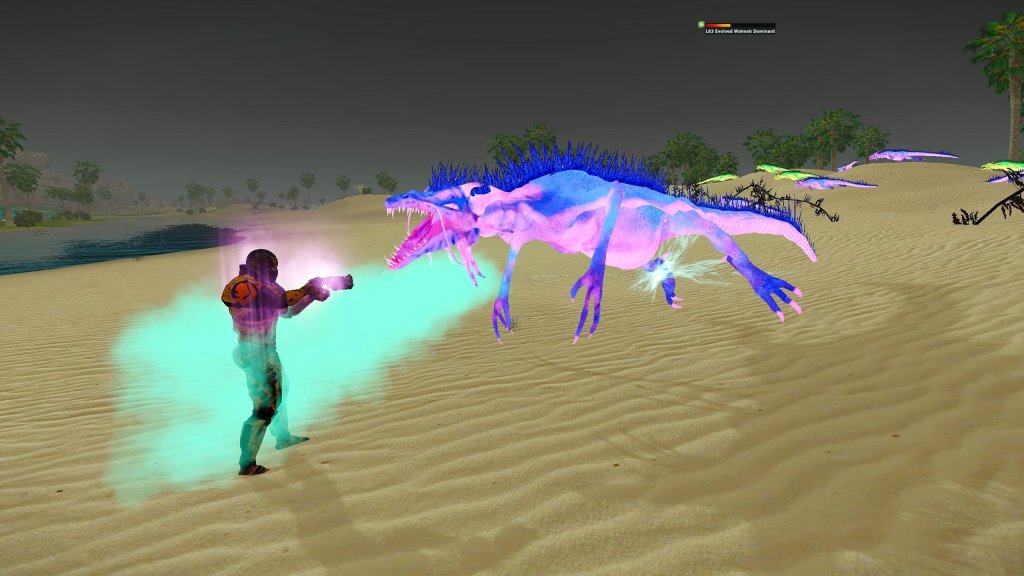 Zho was dominating Dominants while getting his armor dry cleaned. 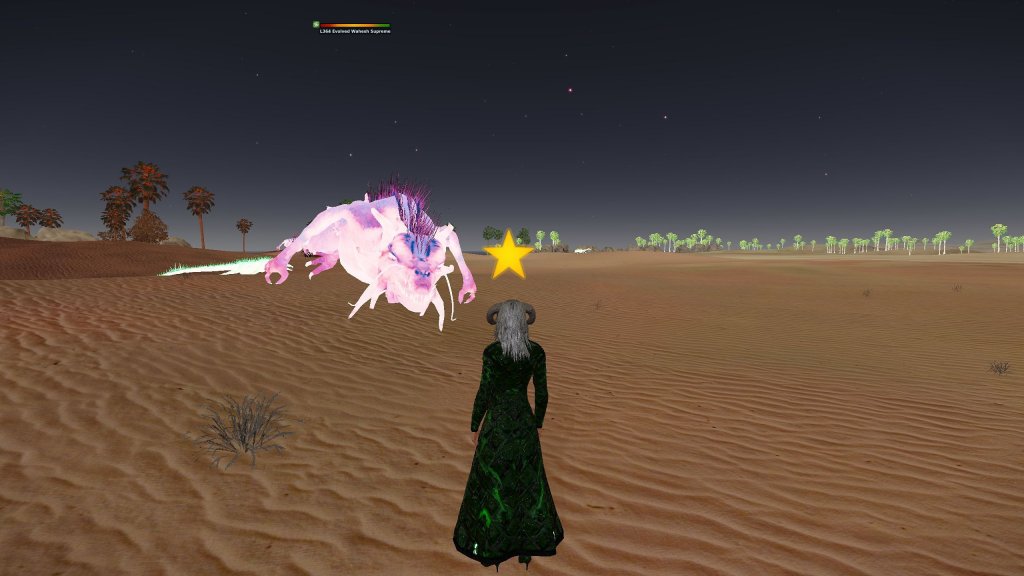 Tell Ant we don't like having to sift through sand to get to our prey.
Right, and he'll tell you that he's at the controls and you'll climb trees if he wants, so suck it up. 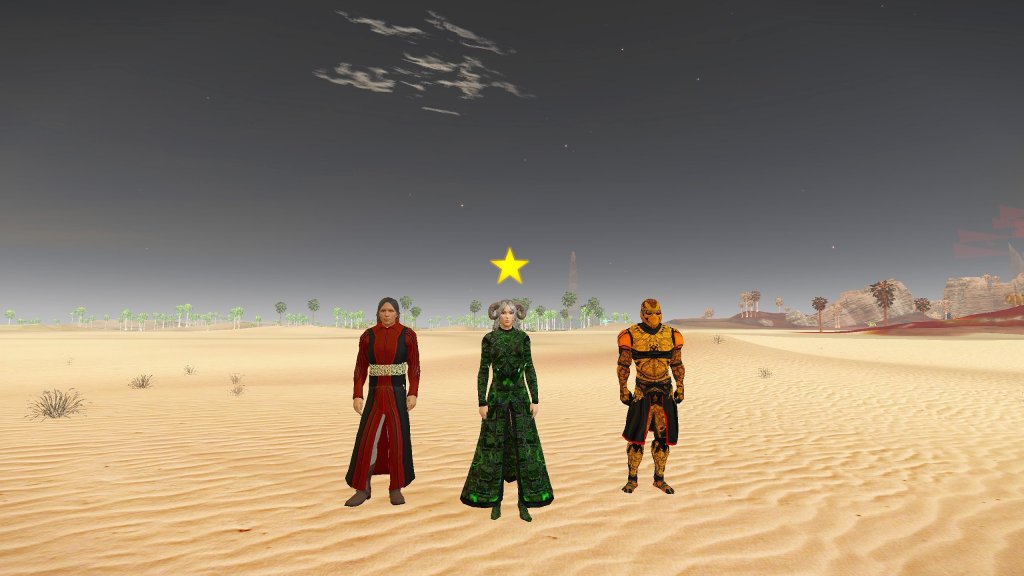 Zho (left), KillerDawg (right) and I were waiting for the rest to show up to kill the 2 Evolved Wahesh Supreme bosses. 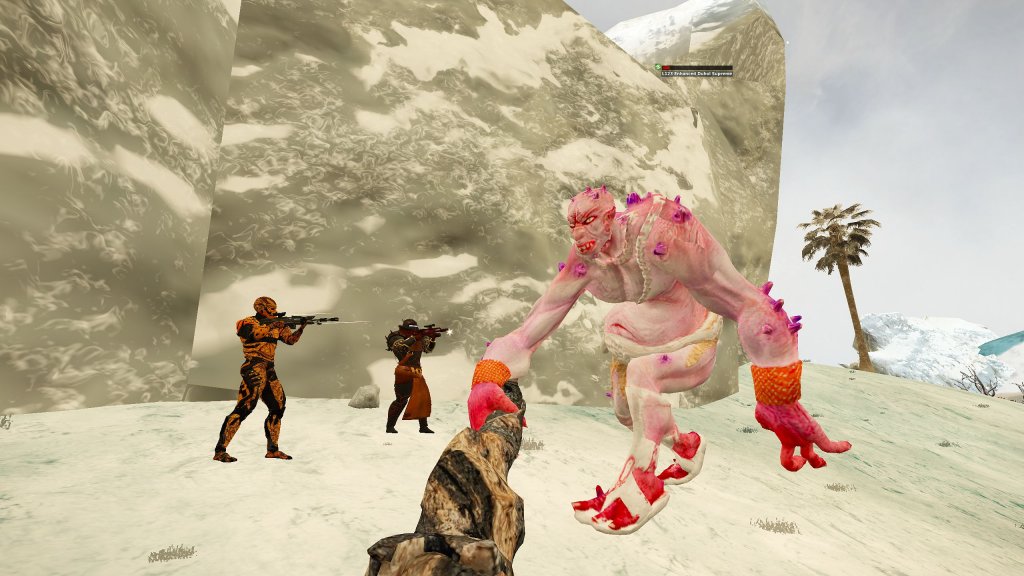 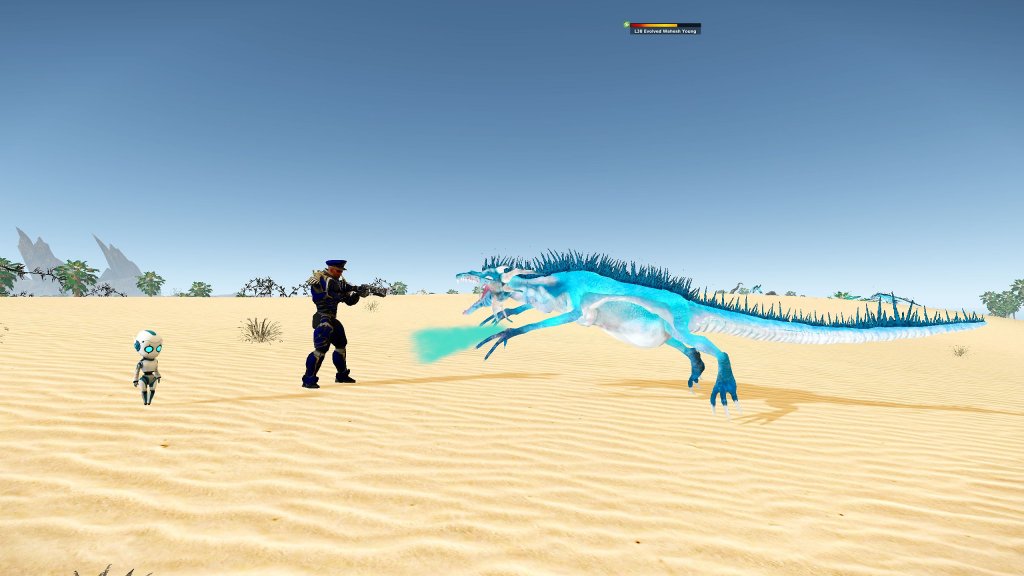 Rick Sanchez was trying to get his armor dry cleaned too, but this Wahesh was choking on too many bullets.
​

Staff member
Moderator
Community & Media Manager
Virtualsense Media Team
VCAT Team Member
Hally said to go catch a photo of the Wahesh at night, but despite their brilliant colors, this is how they look to me ... I DID catch a cool photo of Hally and the Wahesh though. 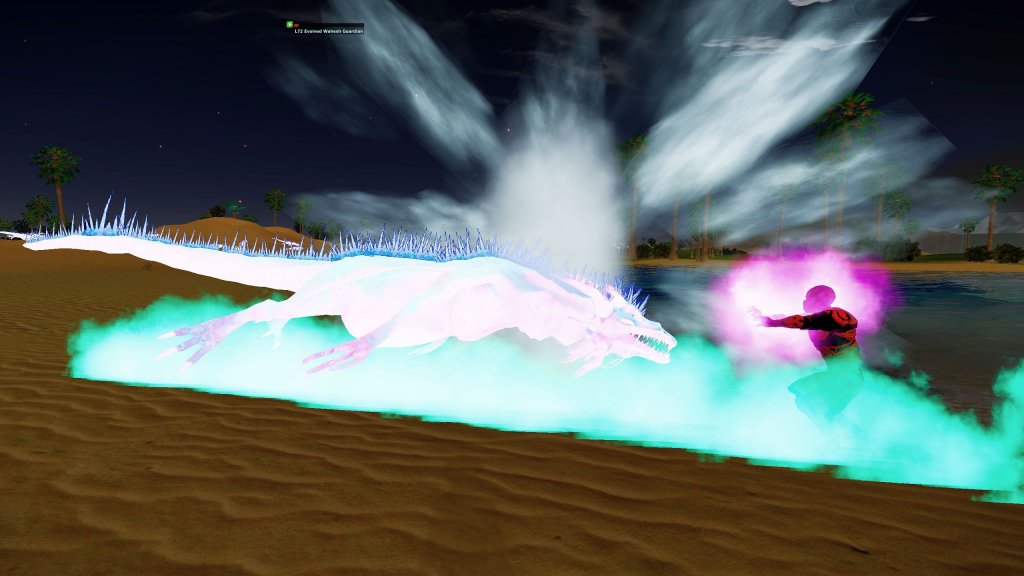