As Synial approached the secluded tent, he sensed that his great quest was nearing its end. His months of toil were near completion and so was his quest. A quest of faith, a quest that took him to distant lands and challenged both his intellect and physical prowess.

Synial handed over the broken crown retrieved during his epic battle with the Otis Commander to the Mysterious Crafter who stood before him. Some words were said and the Crown of Sahar appeared on his person.

He felt a strange sensation as the crown sat atop his head, a fleeting moment of change passed and he felt different.

“Greetings brave warrior,” Synial recognized his Queen as soon as she appeared and fell to his knees.

Queen Nara studied the warrior, he held the courage to stand before the strongest yet the humility to fall before his Queen. He will do, she mused, he will do just fine.

“Rise Lord Synial, First of the Order and Protector of the Golden Doors.”

“My Queen?” He stammered as he slowly rose and met her glaze. “What order do you speak of?”

“The Lotus Guardians are an ancient order who give their life to the protection of the Lotus Temple and give their life they did, to a person, as Elara fell.” The Queen continued, “You see my Lord, there are those that do not hold the love for Toulan that we do and seek to destroy it.”

“I heard tales of Elara and the Lotus Temple in my youth but what threat do they hold to Toulan?”

“They are not tales my sweet child, but fragments of a history seldom told. A history of our shared origins and the role we Safians play in the protection of this realm.

Queen Nara regaled him with her account of the history of Elara and its invasion by the evil corporation. How her disciple known as DEC had helped her to escape and sealed Elara for its protection.

“But why me? Why now?” Humble in his confidence yet courageous in his character, thought Nara.

“The Lotus Temple, whilst being the spiritual home of our ancestors, also serves another purpose. Through inter-dimensional doors that draw on the power of Nawa we have imprisoned the most dangerous of creatures from Toulan. We serve as protector and enslave the evil lest they return.”

The Queen continued, “As to why now, well many moons ago I became aware that the temple had somehow been infiltrated and the imprisoned freed. This poses a great threat to our realm and I fear the attacks may one day be too much if we do not act now.”

“But my Queen, why me?” Asked Synial.

“It became clear that the Lotus Guardians were needed once more, and so we devised a scheme to find the most worthy among my subjects to lead the Great Order. You completed this quest of might, intelligence and great courage. You were also the first. There will be those that follow, of that I am sure. They will seek glory and fame but yours was a selfless act in the service of others.”

“The Great Lord Sahar was the first of the Guardians and by retrieving his crown, an enchantment of sorts has been bestowed upon you. You see only a Guardian can retrieve the key parts needed to construct the Golden Key required to enter the Golden Chambers alone. It is only you and those that follow who are worthy of deciding who can enter as a solo warrior.”

“Do you Lord Synial accept this great burden and vow to protect the Lotus Temple and clear its chambers of the enslaved and repel the invaders?”

“Yes my Queen, I am and forever will be your humble servant.”

DEC has unsealed Elara and provided access via a teleportation device located to the north of DSEC-9 to allow the people of Toulan to come to the aid of the Lotus Temple. Lotus Invaders have been sighted and have found a way to infiltrate the temple. Access to Elara is only at DSEC-9 through the teleportation device and not from Toulan.
New Music

NoBion has once again collaborated with the Virtualsense Team and brought his latest atmospheric music to Elara. Thank you!

The Lotus Temple located in the center of Elara holds imprisoned mobs from Toulan for the realm’s safety. The chambers are accessible via gates on the first floor with keys acquired by refining molten from hunting loot. 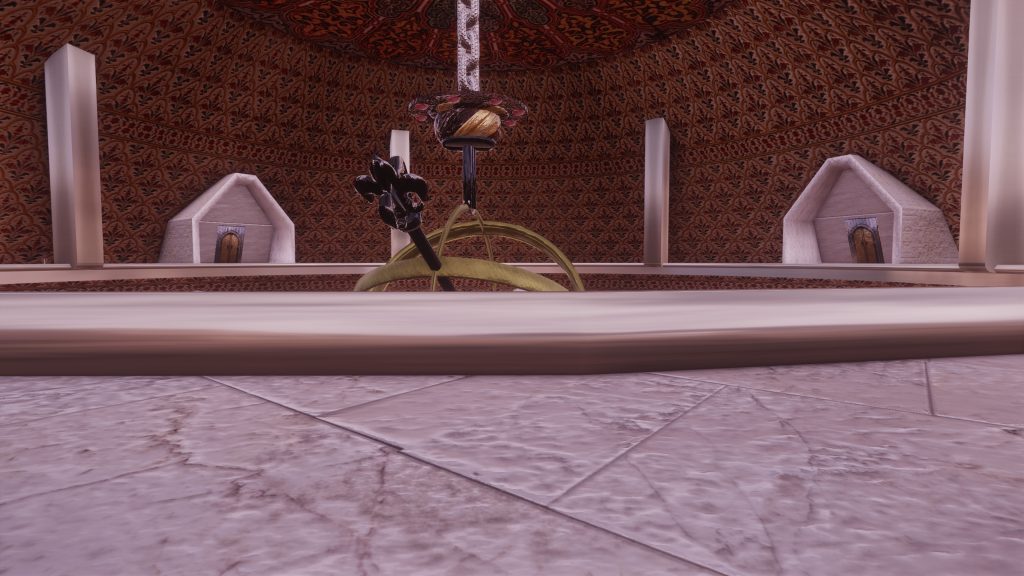 Unlimited Lotus Armor can be looted from the Chests in the Golden Instances as rare loot. 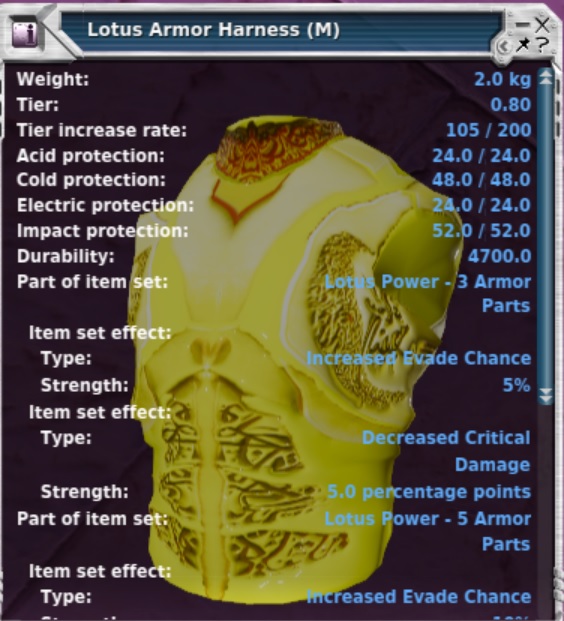 Unlimited Armor Plates can be looted from the chests in the Golden Instances as rare loot. 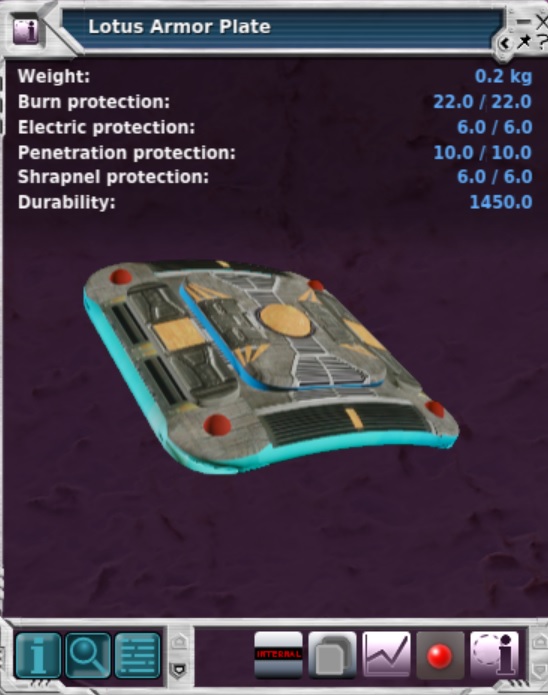 Two new Nawa Vial powered vehicles have been added. Due to restrictions placed on these vehicles they can only be spawned and used on Toulan Territories (Toulan and DSEC-9).
Crafting

New furniture blueprints (L) are now waiting to be discovered. There has been a particular focus on items we feel may be of interest to our dedicated Shop Owners.

Collect Christmas crackers whilst hunting non-instance mobs on VU day and during the month of December and hand them in for festive rewards. This is a 3-person vehicle.
Speak to NPC Valeria on DSEC-9 or NPC Thana at the Citadel on Toulan for more information.

The Magic Within the Caves (Planet Toulan/DSEC-9)

Collect parts from the CUHOF instances on Toulan or the Lotus Instances on Elara and hand them in for your own flying carpet.
Speak to NPC Lord Synial on Floor 1 of the Lotus Temple or NPC Yasmina at the CUHOF caves for more information. 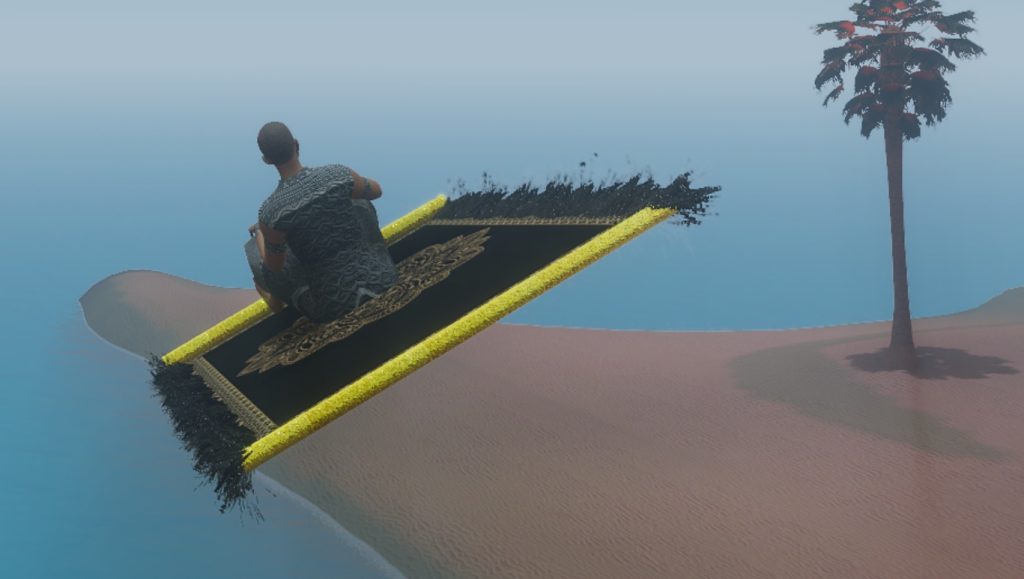 No sooner has a lost and found department been added on Floor 6 when a frantic person has appeared having lost their pets.
Speak to a frantic lady on Floor 6 by the information desk for more information.

After constant and excessive petitioning to the Office of Her Majesty Queen Nara. It has been decided that Toulan Citizenship will be granted to those who risk their life in defense of the realm.
Speak to NPC Haneen at the Information Desk for more information.

A new Repeatable Quest has been added to the event area that involves sweating, hunting and harvesting. Speak to NPC Khalil by the event area for more information. 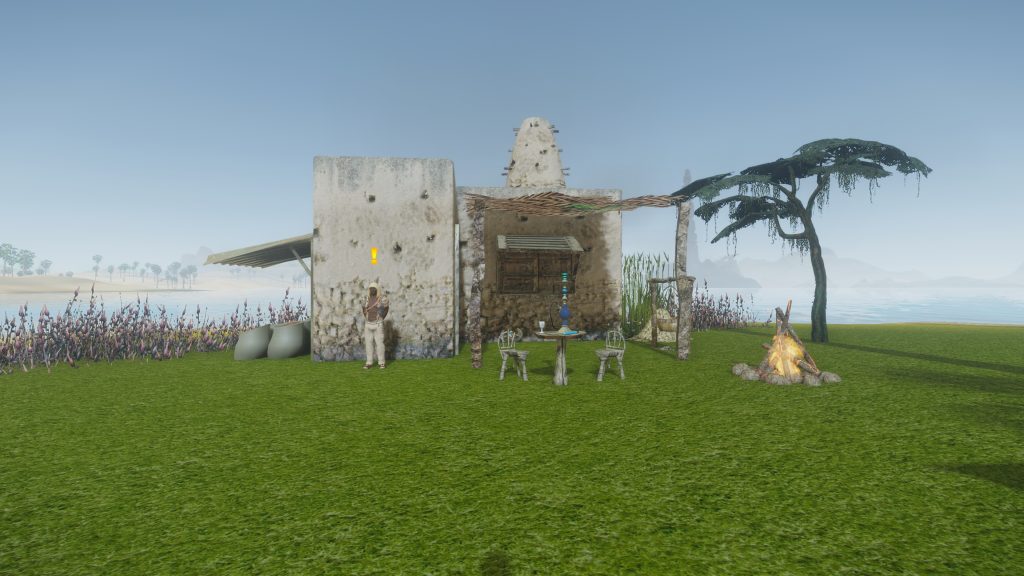 John has lost his Otis Toy!
Look for the plushie outside the Terminus area to initiate the Quest. 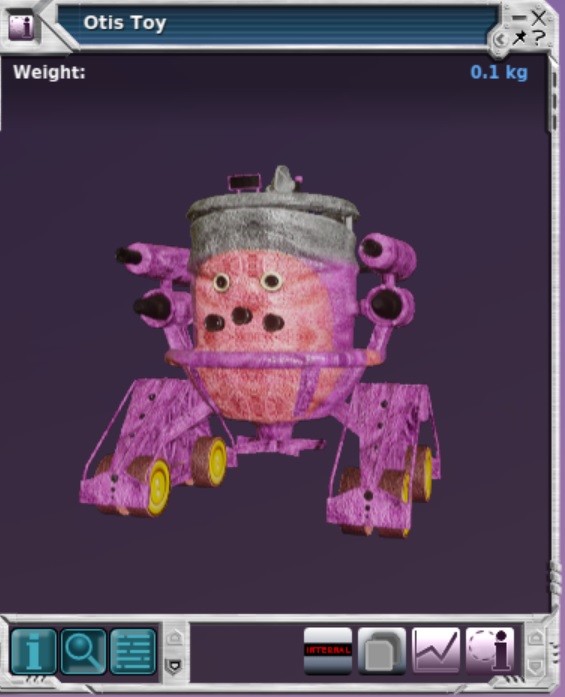 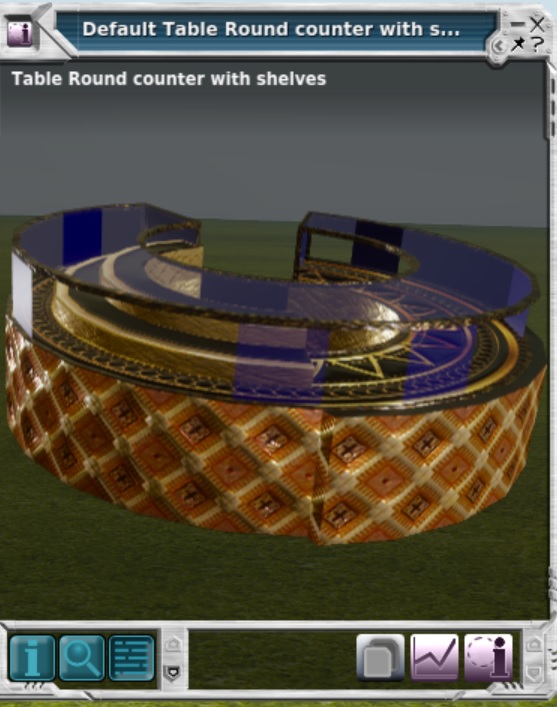 The post VU 21.4 | THE HUMBLE SERVANT appeared first on Virtualsense.

Thank you ! This was an old broken promise, thank you SO much to make it possible!

Cxaxukluth said:
After constant and excessive petitioning to the Office of Her Majesty Queen Nara. It has been decided that Toulan Citizenship will be granted to those who risk their life in defense of the realm.
Click to expand...

I cant believe it worked :O


And all the other good stuffs, but i cant just copy and quote the whole VU >.<

Like, no swearing, but a lot of exitement!
Wow!

WOW fantastic update, I think I might need to start working on a crown.

Great work! Was a pleasure to experience the new area

And i hope you all will give the music a listen ;-) 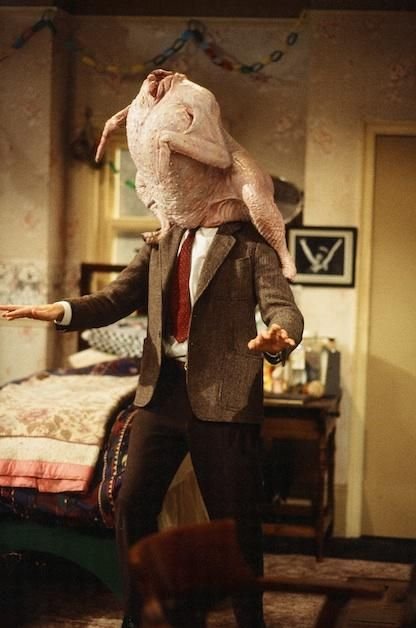 and AWESOME work there with this update...ty all )

Are new Quwa challenge mission stages still able to be picked up? I recently finished TabTab but couldn't get stage 2 to begin with talking to Moftah. Maybe I am at the wrong NPC for TabTab? or were they removed with Codex maybe?

Thanks for toning down the Mokhat sound

Volunteer Mentor
Yamato Pilot
VCAT Team Member
Toulan Historian
Quwa were old missions, equal to Iron challenges, so thats been wiped out with Codex arrival.
Though those who completed it were never awarded the promised rewards.

This is what this line is about.

Eleni Von Estlla said:
Quwa were old missions, equal to Iron challenges, so thats been wiped out with Codex arrival.
Though those who completed it were never awarded the promised rewards.

This is what this line is about.
Click to expand...

Thank you just wanted to make sure

Staff member
Moderator
Community & Media Manager
Virtualsense Media Team
VCAT Team Member
Here are a few photos from Elara for those who haven't been there yet:

Well done and thank you

I didn't have much time to play and explore around. So far everything I saw around Toulan is very good. The Frantic Lady is still bothering me...

VCAT Team Member
Loving this Vu so far on Toulan. Well done VS team. You continue to live up to your reputation.
Happy hunter here.

I must say, i LOVE the arabic doodles on the tree! And its all nawa~ish!
I just love it.

Sleigh will follow, but DM told me it wont work on Toulan, but on Dsec9 for now, so ill head there and spawn it.

Thank you to VS team!!<33333
If you saying you just getting started, this is a real show! 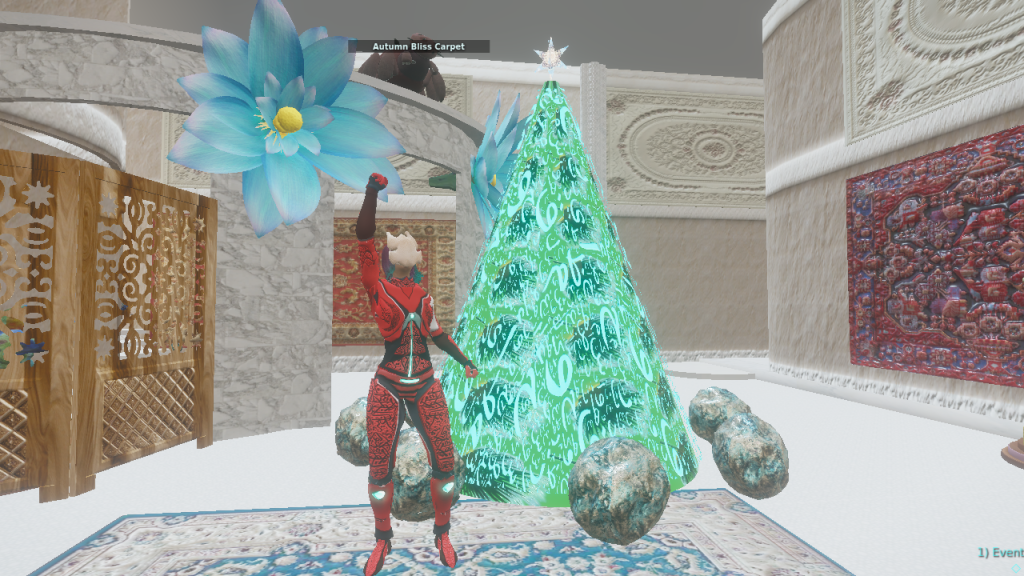 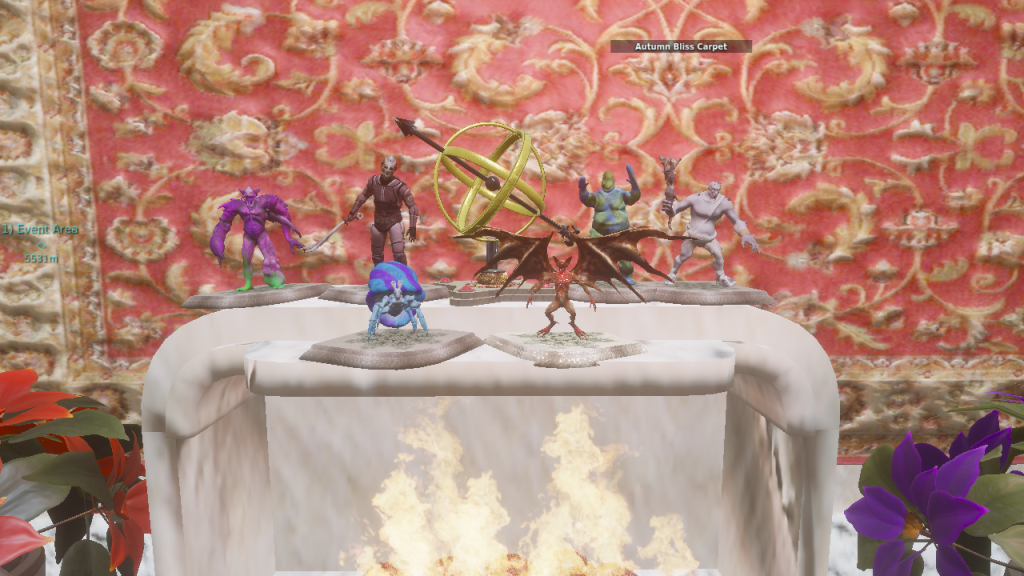 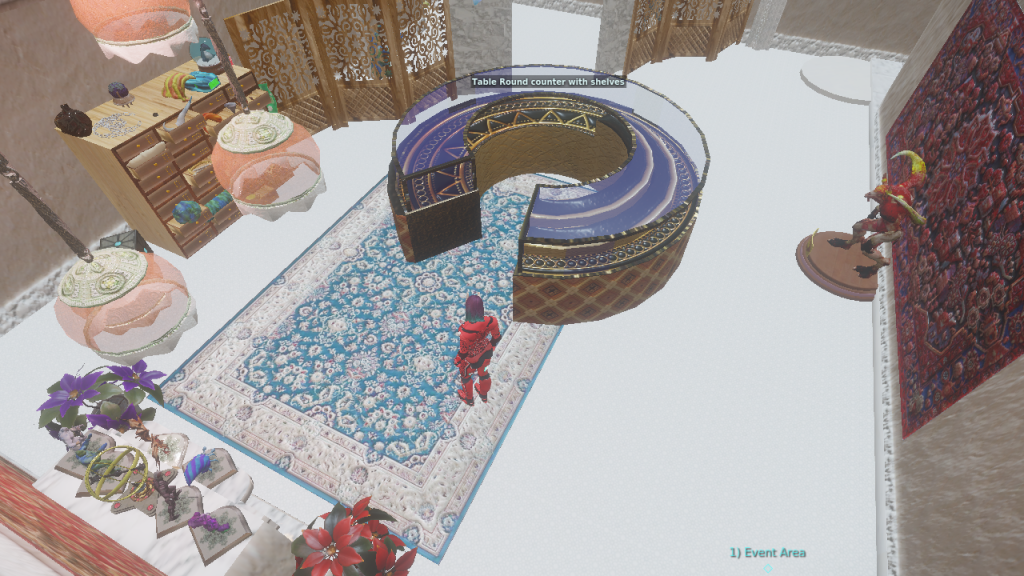 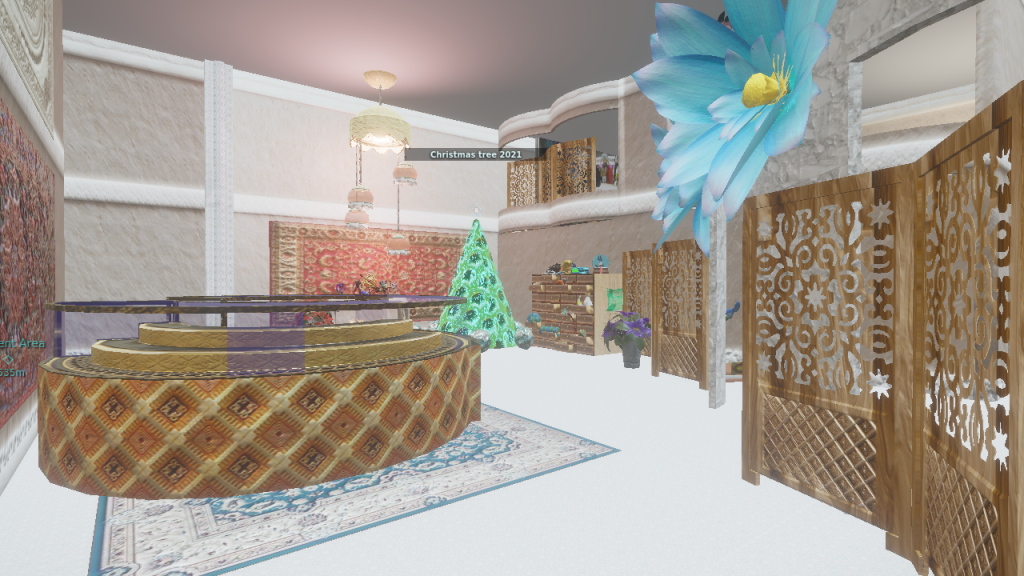 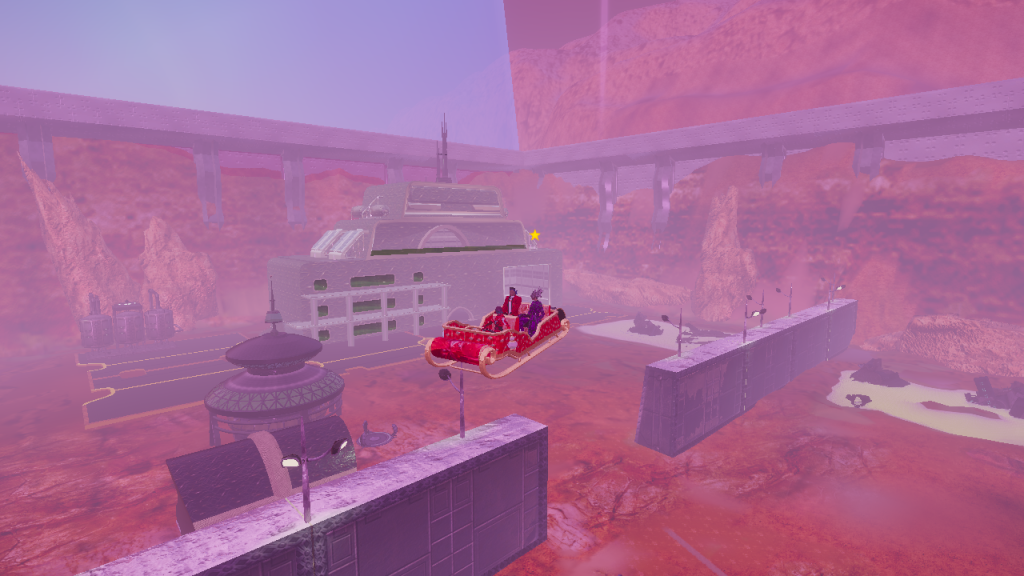 And my undoubtful driving skills 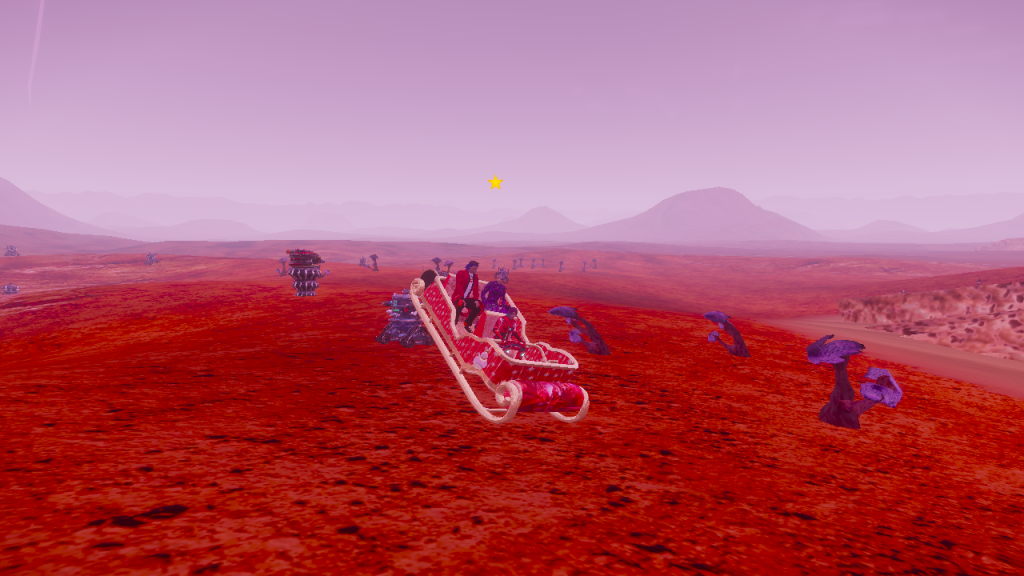 Staff member
Moderator
Community & Media Manager
Virtualsense Media Team
VCAT Team Member
We weren't expecting anyone to complete the Christmas mission for the Festive Nawa Sleigh so quick, but them we should have known better, LOL ... yes, there is a glitch with the Sleigh working on Toulan but the fix is already in and will be in next week's patch.

Thanks for the fun adventure Eleni ... you got all the Christmas gifts first and the Sleigh first ... Hally got keys to be able to do the Black and Brown Solo instances at Lotus Temple on Elara, and Hally got a lot of discoveries in the process too ... below are some photos ... I'm not going to label them, I can do that on Wednesday if need be, because right now my purple matter is on auto pilot, LOL ...

These are photos from just the Black Key Solo Instance, Hally did the Brown one too but I didn't get photos ... he was facing Thawrs and Khaffash ... the mob levels get harder as you advance with the instances ... the Thawrs were L39 I think and Khaffash L43, Hally can verify that ... I didn't capture all of the tunnels and rooms, because there are quite a few doors to unlock, so this is a sampling.

And YES, you will see at the end that Eleni took Hally and I for a sleigh ride, but after those two nutbars put on the Turkey Masks, LOL ... I have to say, Ant is a crazy man, but this just keeps me laughing almost uncontrollably.

​
It's going to be interesting to see what the Gold Key Solo and Team Instances are like, but unless you can get a Gold Key from one of those who have completed the crossover mission and got the final Silver Crown (only 4 players have so far), then you won't gain access to the Gold Key Instances.

Those who have finished the crossover mission and who have the final Silver Crown of Sahar are:
It was an amazing VU day and I'm surprised that after 17 hrs straight I can do this post, LOL ... catch everyone on Wednesday.

Thank you for sharing your time with all of us who were doing some exploring ... I left some links to important stuff for community members to be able to share with others.

Wow, you are both quick! @Eleni & Hally.

While I am not able to experience all the new content immediately, I think this VU is a nice and inclusive one. Thanks, VS team! I am having an all-around great Toulan experience. One thing of note is NPC Khalil is labeled simply as "Interactive" in-game lol

Where's My Pet is a great quest idea. I found one so far (Ice Ice Baby)! and I am happy I can put my [Terratech PH-3] to use daily!
I look forward to working on Toulan Citizenship
You must log in or register to reply here.
Share:
Facebook Twitter Reddit Pinterest Tumblr WhatsApp Email Link
Top Bottom